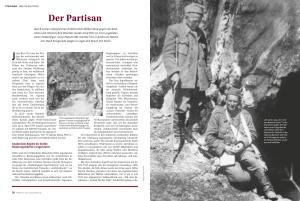 Through his successful military resistance against the German and Italian occupiers, Josip Broz became a Yugoslav heroic figure. Tito converted his popularity into political power. After the end of the war he even dared to break with Stalin. Josip Broz Tito was the only one who successfully defied two dictators in succession: Hitler and Stalin. As leader of […]

The article The Partisan first appeared on wissenschaft.de.