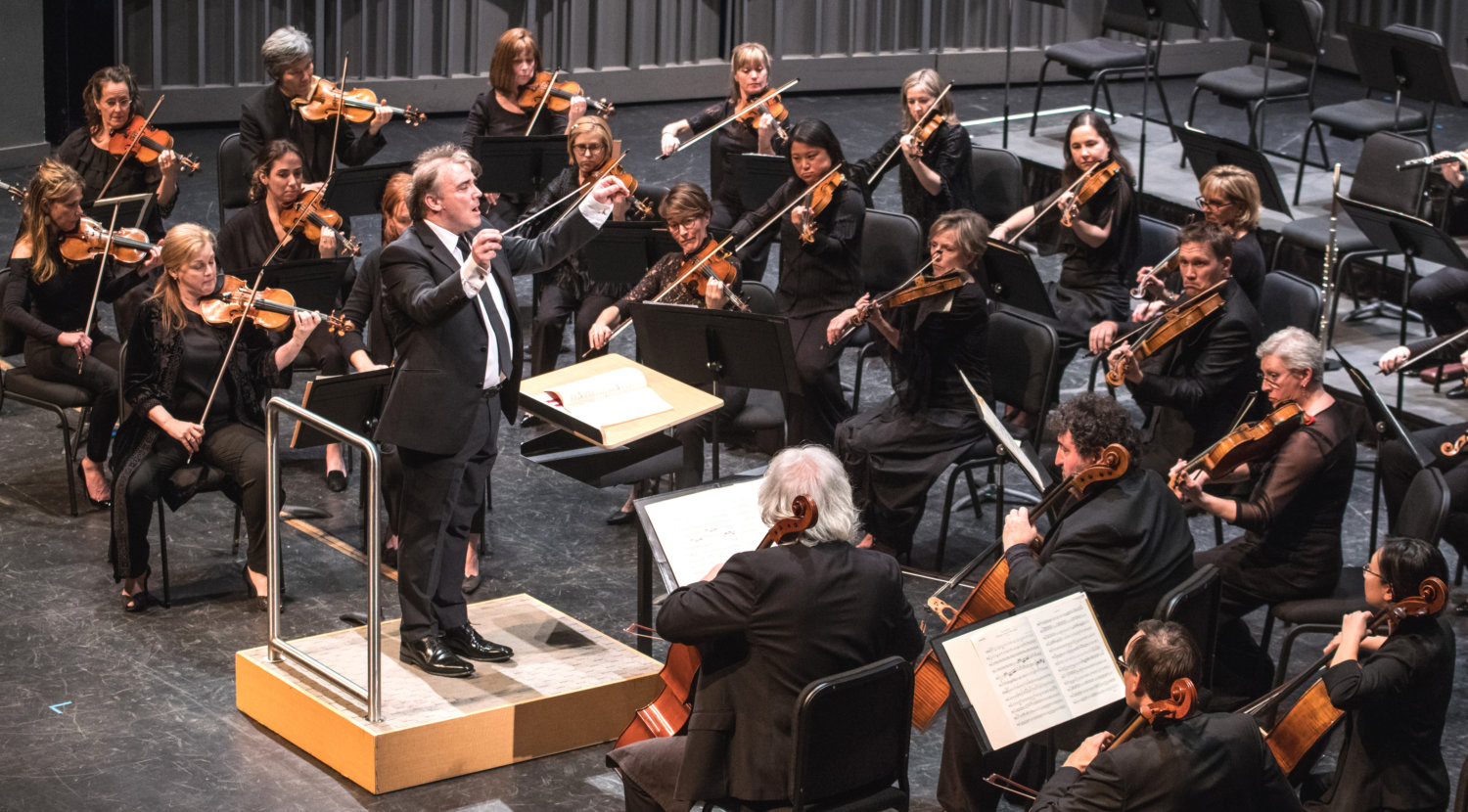 The Los Angeles Chamber Orchestra, conducted by Music Director Jaime Martín, presents works by award-winning contemporary composer Jessie Montgomery, Mozart and R. Strauss on Saturday, January 29, 2022 at 8 p.m. at the Ambassador Auditorium in Pasadena. Although LACO has previously performed at this venue, acclaimed for its superb acoustics, it will be Martín’s first time conducting. The program opens with Klimpern by Jessie Montgomery, whose work has been described as “exploding with life” (Die Washington Post), skillfully weaves American folk idioms and elements of dance and movement. Martín also conducts the Orchestral Suite by R. Strauss The bourgeois gentleman and Mozart’s Sinfonia concertante for four wind instruments in E flat major with four LACO soloists – Claire Brazeau, oboe, Kenneth Munday, bassoon, Joshua Ranz, clarinet, and Michael Thornton, horn. The concert marks the final LACO performance by Munday, the orchestra’s current longest-serving musician, who joined the orchestra at the age of 23 and is retiring after 46 years as anchor of the bassoon section.

“It is exciting for LACO to return to the Ambassador Auditorium with a diverse and compelling program that puts the orchestra itself at the center,” says Martín. “It will also be a bittersweet evening as we celebrate the incredible musical legacy of Ken Munday, who has been an integral part of LACO for more than four and a half decades and helped shape the woodwind section’s distinctive sound. His influence on the orchestra is profound and will be felt for decades to come.”

Executive Director Ben Cadwallader added: “We recognize Ken Munday for his historic contributions to LACO during his long and fruitful tenure and wish him well in his well-deserved retirement. It will definitely be an emotional evening for the orchestra and our patrons.”

Munday was appointed principal bassoon of LACO by Sir Neville Marriner in 1976 and was the youngest principal player in the orchestra at the time. Marriner encouraged Munday and other soloists in the orchestra to form a baroque ensemble, Musical Offering, which subsequently performed in the United States, Puerto Rico and Canada, and made three recordings for Nonesuch, featuring music by Vivaldi, Telemann and JS Bach and his sons. Munday was also a founding member of the Los Angeles Chamber Orchestra Winds, which recorded Mozart’s Wind Serenades and Janáček’s Mládí for Nonesuch and the Piano and Wind Quintets by Mozart and Beethoven for Delos. He was also heard as principal bassoon in a recording of Richard Strauss’ duet Concertina with clarinetist David Shifren for Nonesuch. Munday has performed at the Marlboro Music Festival, Chamber Music Northwest, Santa Fe Chamber Music Festival, and the Oregon Bach Festival, and has recorded Bach’s Brandenburg Concertos, Orchestral Suites, and many other works, including Krzysztof Pendereki’s Grammy Award-winning Credo. Munday also recorded for Naxos Luciano Berio’s Sequenza XII, a solo bassoon piece using advanced techniques such as double circular breathing, with the sound uninterrupted by breaths for 19 minutes. As an active studio musician, Munday has worked on over 950 film and television projects including Titanic, toy story, Autos, Back to the Future, Jumanji, Destroy it Ralph, and war of stars. He has recorded with Frank Sinatra, Barbra Streisand, Mariah Carey, Neil Young and many others. He has also played baroque and classical bassoons with Music Angelica, Philharmonia Baroque and the Portland Baroque Orchestra.

Tickets start at $29 and can be purchased online at laco.org or by phone EASY at the 213 622 7001 x1. Discounted tickets are also available by telephone for seniors aged 65 and over and for students.

For the most up-to-date information on LACO’s COVID safety protocols, visit LACO.org/covid-19. Beginning with the January 29 performance, LACO’s vaccination requirement includes a COVID-19 booster shot for all eligible viewers, available no later than January 29, 2022.