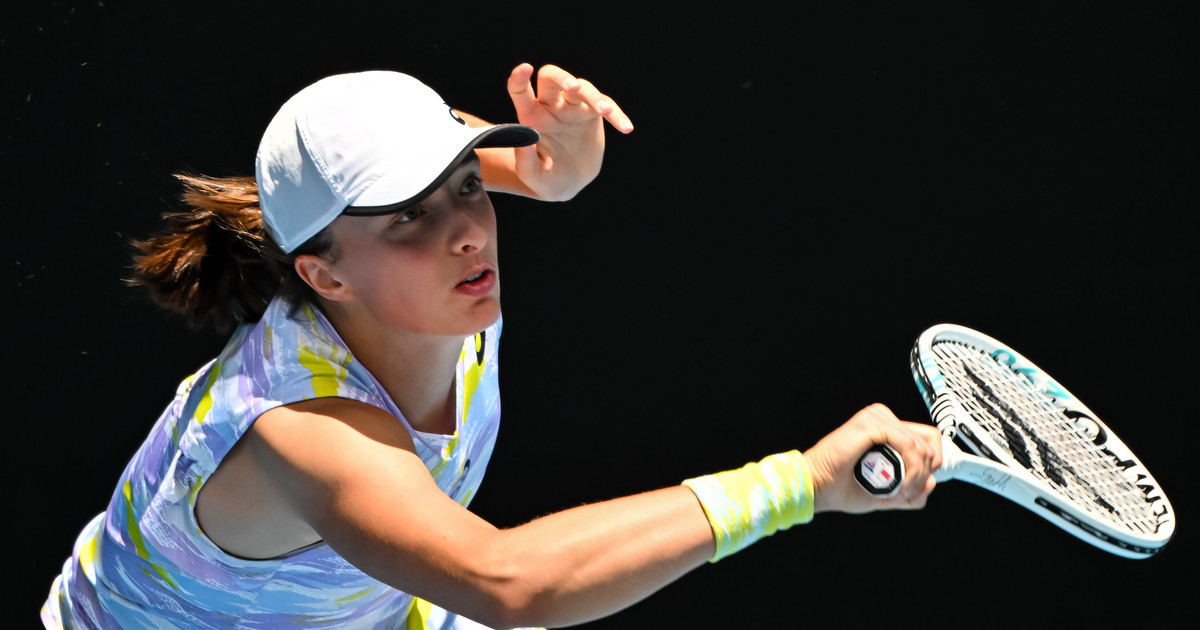 Iga Świątek’s first game at the Slam in Australia ended with a fairly certain win over Briton Harriet Dart (6:3, 6:0). The Polish tennis player began her struggles in Australia with a successful performance at the tournament in Adelaide, where she reached the semifinals where she lost to Ashleigh Barty. It is certain that the ninth WTA world ranking tennis player will also fight for the top goals at the Australian Open, the first Grand Slam tournament of the 2022 season.

Świątek’s rival in the second round was Rebecca Peterson. A tennis player from Sweden, ranked 82nd in the WTA rankings, defeated Daria Saville (6:2, 6:3) in her first match, hoping for another victory and improving her position in the ranking of the best tennis players. Swiatek and Peterson last met in the second round of Roland Garros in 2021, when the Pole won 6-1, 6-1.

Interestingly, the winner of today’s game could be sure of the game with a victory of Magda Linette – Daria Kasatkina. Considering the good results of the Polish women, we could expect the Polish match in the third round of the Australian Open.

The rest of the text below the video…

The Pole, who started the tournament with the 7th number, started the first set with a break from her opponent. Iga Świątek quickly took the lead and jumped back at the Swede for three games, but over time she “woke up” and even managed to break the favorite to 4-0. Subsequent changes, however, went according to the wishes of the Polish tennis player, who won the first set 6-2.

Swiatek avoided the simplest mistakes for most of the first game and only allowed her rival to win two games at the end of the game, but her play left her optimistic about the competition in the second set.

The second set didn’t cause any major problems for Poland. Although Rebecca Peterson did what she could, it was the difference in class between the two players that decided the most difficult balls. The decisive game ended with a very safe victory for Iga Świątek, who won it 6:2.

The Pole is now waiting for the result of the match between Magda Linette and Darja Kasatkina. The Russian is the favourite, but if there is an upset, we will see a “Polish game” in the third round of the tournament.