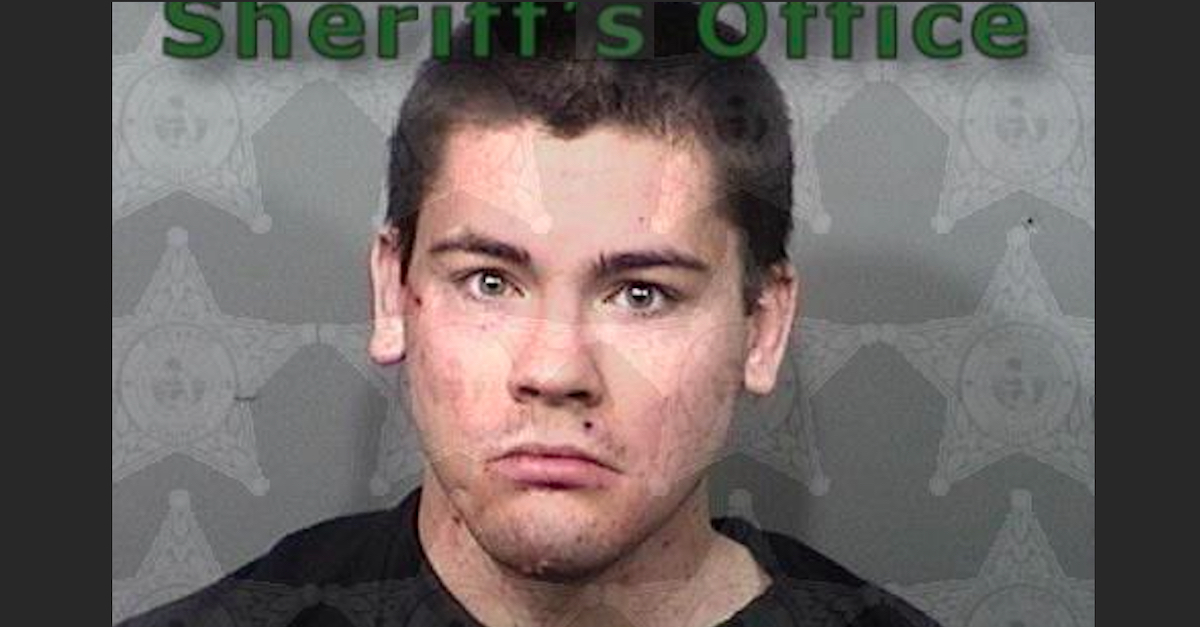 According to FOX 35 Orlando, a teenager has been charged with attempted murder after he allegedly tried to mug and kill a jogger. Authorities believe 18-year-old Logan Smith planned to keep his victim’s body in a closet and use the remains to “fulfill his sexual fantasies.”

Smith allegedly told investigators he intended to mug the jogger and was armed with a rubber mallet, an aerosol can of Ax deodorant and a belt from a robe. It is also alleged that Smith told investigators he hoped to strangulate the victim and then dragged the body to his home on a bed sheet. The hammer should be used to hit the victim and the deodorant should be sprayed in the victim’s eyes to obscure their vision.

The police report states that Smith waited for the jogger to approach his home and then “walked straight across his street, where he hid behind a light pole. He placed the hammer and ax aerosol on the ground beside him while he waited [victim] to come running down the street like he regularly did for practice. The defendant waited for the victim to run past the light pole and then ran after him. The defendant then threw the clothing belt over the victim’s head until it was around the front of the victim’s neck.”

The victim told investigators he immediately realized he was being attacked before using martial arts to defend himself and subdue Smith. The jogger was not injured in this incident.

Smith is being held without bond at the Brevard County Jail Complex in Sharpes, FL.