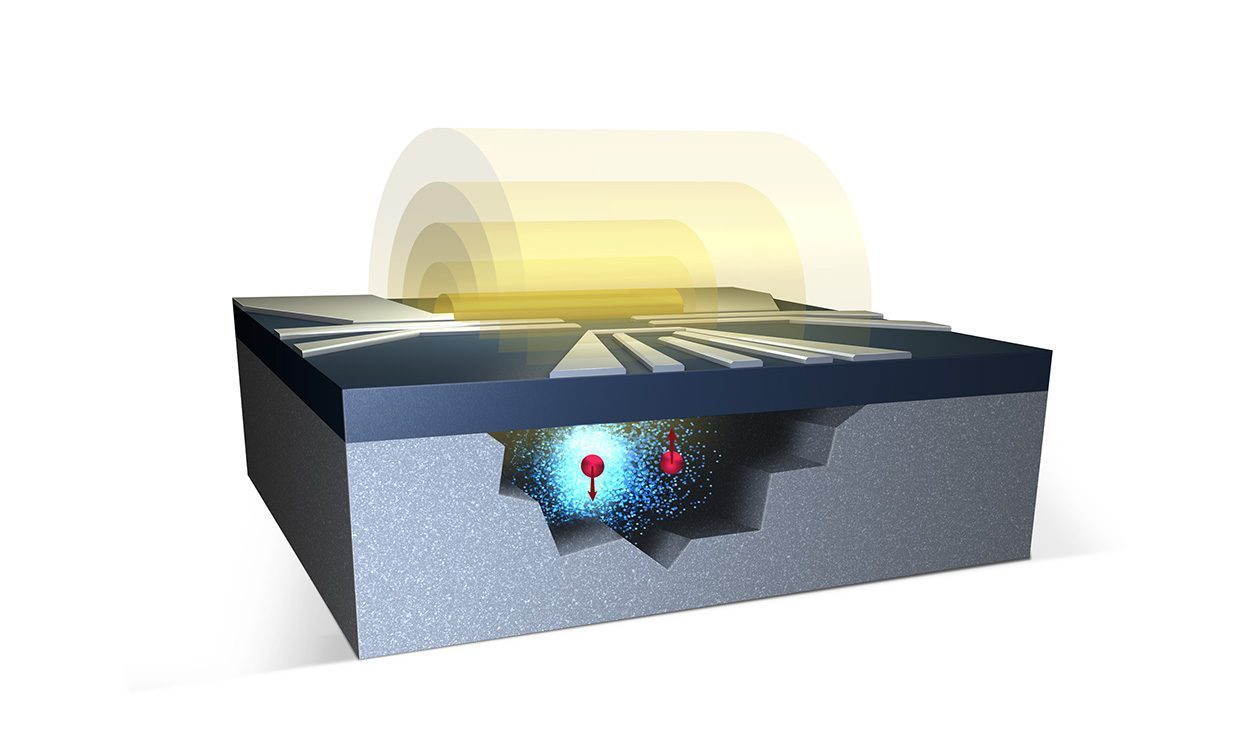 In previous quantum computers, superconducting circuits or ions in magnetic traps usually serve as the basic computing units. Quantum computers based on the common chip material silicon, on the other hand, were missing because they could not provide sufficiently reliable quantum bits and circuits. That has now changed: three research groups are presenting silicon-based quantum circuits that for the first time exceed the limit of at least 99 percent reliability. These systems, which are based on the spins of electrons and foreign atoms in the semiconductor, still only comprise two quantum bits. However, the technology can be scaled more easily than the conventional quantum computers.

Quantum computers are considered the computers of the future because, thanks to quantum physical phenomena such as entanglement and superposition, they can solve many tasks more effectively and quickly than conventional computers. The first quantum systems, such as the Google “Sycamore” quantum computer and the Chinese “Jiuzhang” quantum computer, may already have demonstrated this quantum supremacy. Commercially used quantum computers already exist, including a system from IBM. So far, however, the size and performance of these quantum computers has been limited because their quantum bits, made up of virtual particles in superconducting coils or trapped ions, quickly lose their coherence. Their quantum states usually only remain stable for around 100 microseconds, and the more quantum bits involved, the greater the disruptive effects. In addition, superconducting qubits are relatively large and are therefore difficult to place on a chip – this limits the miniaturization of these previously very large computers.

Silicon and the problem of reliability

Quantum computers based on silicon could help. Because the semiconductor is not only the common material for conventional computer technology, it is also well suited to accommodating compact, relatively stable qubits. These usually consist of quantum dots – individual atoms or electrons whose spin direction can serve as a digital zero or one. Such quantum dots can be created by cleverly combining silicon with foreign atoms such as germanium or phosphorus and using magnetic fields. The resulting qubits are much smaller than those previously used and remain stable for up to 35 seconds. “In the quantum world, 35 seconds is half an eternity,” says Andrea Morello of the University of New South Wales. The problem, however, is that previous silicon-based quantum systems were not reliable enough. Their results were well above the 99 percent accuracy required for such circuits.

But that has now changed: three research teams have succeeded in developing silicon-based quantum computers that exceed the 99 percent mark. Their circuits, consisting of two qubits in the form of a CNOT gate, achieve an average of 99.5 percent reliability, and a single qubit even up to 99.95 percent, as they report. Researchers led by Akito Nori from the RIKEN research center in Japan and a team led by Xiao Yue from the Technical University of Delft use the electron spins in a silicon-germanium matrix as quantum dots. The third research team, led by Morello, created their qubits using phosphorus impurities in silicon. All three groups used magnetic fields to control the behavior of the spins and thus the qubits.

In order to turn the quantum dots into a circuit, the teams led by Nori and Yue brought the electrons used as qubits so close together that their quantum mechanical wavefunctions overlapped and their spins interacted as a result. As a result, the electron spins were entangled and thus fulfilled an important requirement for the desired arithmetic operations. The team led by Morello and first author Mateusz Madzik used a pair of phosphorus atoms that were coupled to one another via a shared electron. In order to test their systems and their susceptibility to errors, the research groups had them implement several standardized algorithms – with success. In all three cases, the qubit gates proved to be reliable and operable.

According to the scientists, these advances prove that silicon-based quantum computers can also achieve the necessary error tolerance. “The presented results make spin qubits competitive for the first time with superconducting circuits and ion traps in terms of their performance,” says Seigo Tarucha from the RIKEN research center. “This demonstrates that silicon quantum computers are also promising candidates for large-scale quantum computers.” Ada Warren and Sophia Economou from the Virginia Polytechnic Institute take a similar view. In an accompanying commentary in Nature, they write: “Results from all three groups bring silicon-based quantum information processing a step closer to being a practical quantum computing platform – a status that few other systems, including superconducting qubits and ion traps, have achieved to date.” to have.”