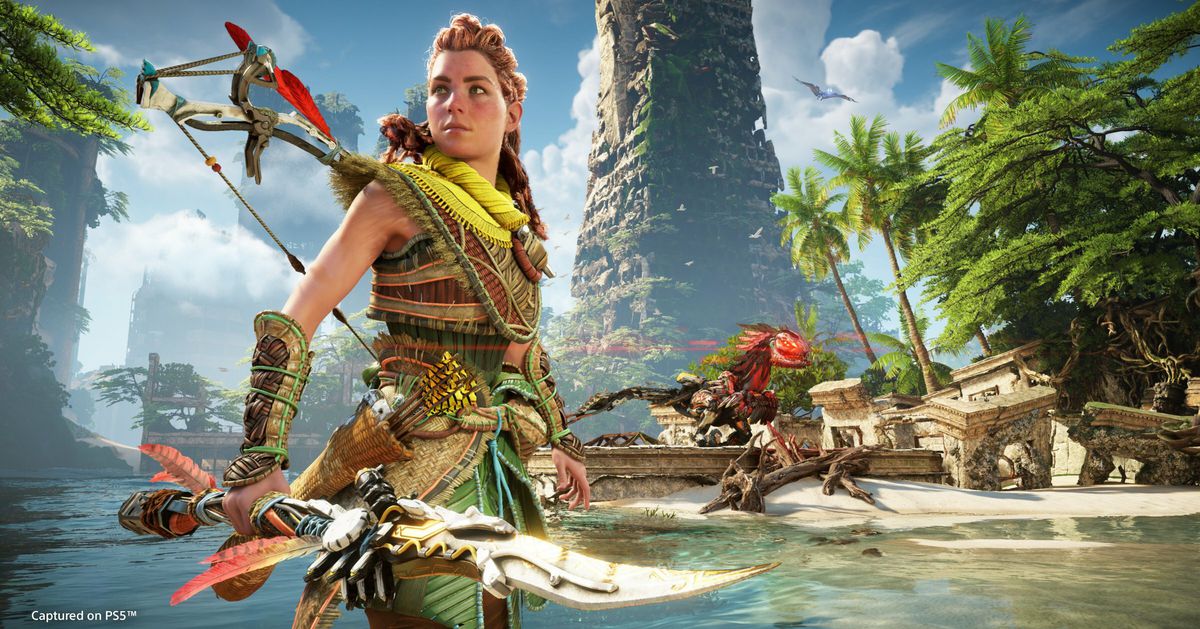 Horizon forbidden west is almost here and to celebrate, PlayStation has released a new trailer. In the new story trailer, we get a better idea of ​​the threats Aloy will face when she goes West. The land is dying, afflicted by some kind of deadly plague that only Aloy, armed with her focus, can stop. To do this, she hops on her trusty Strider and heads west to explore the beautiful ruins of famous landmarks like the Golden Gate Bridge.

Aloy will not be alone on her journey. Her old friends Erend and Varl will accompany her on her journey. Another old “friend”, Sylens, has also resurfaced to the west and appears to be working for the Regalla, a tribe devoted to war and conquest, giving them the means to command and control the machines.

In Horizon forbidden west, Aloy will Horse riding, hang gliding and diving through beautiful new locations, in search of the secrets of the new plague and the means to destroy it.