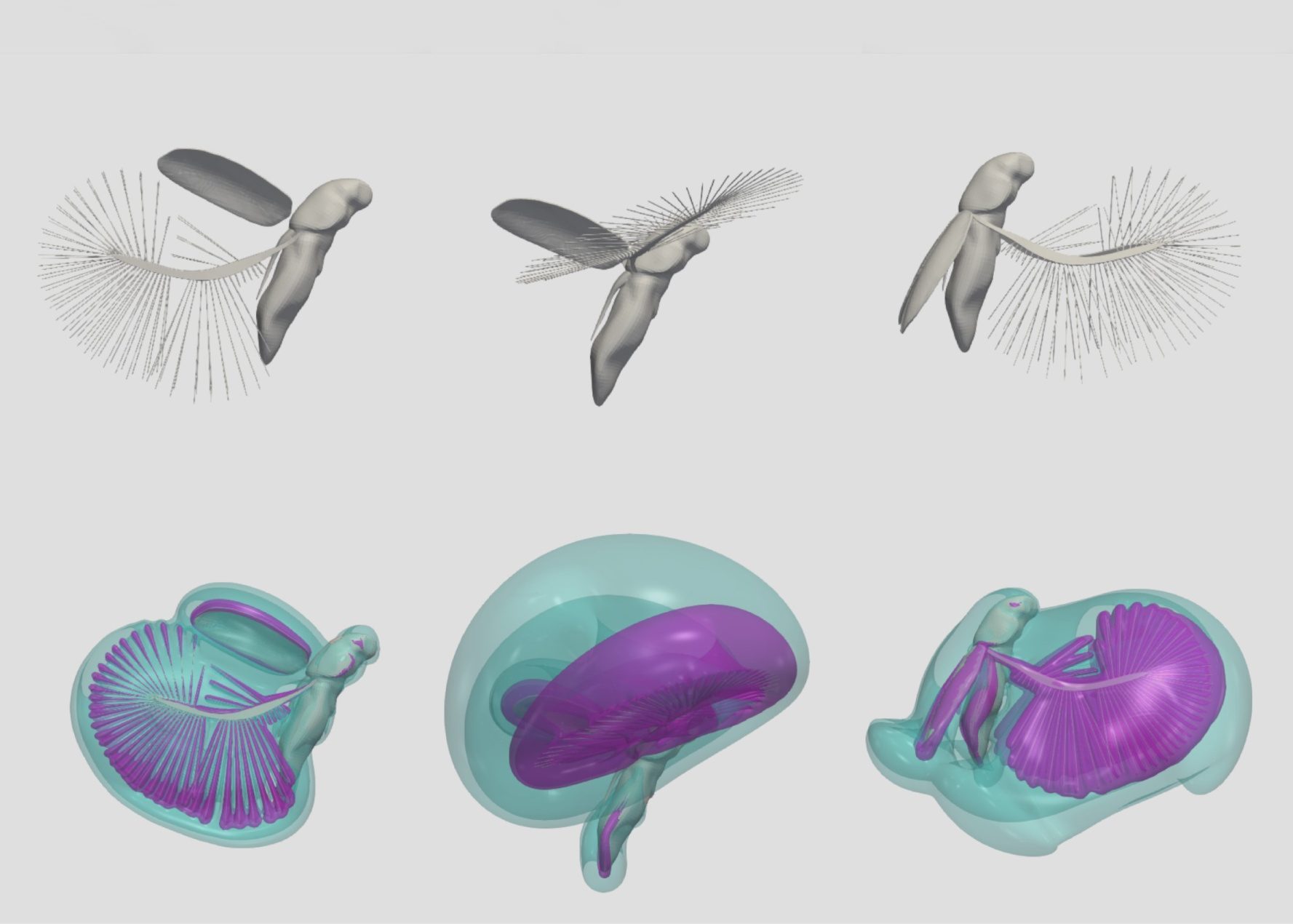 Targeting tiny aerial acrobats: Researchers have uncovered what underlies the amazing feats of the world’s smallest flying beetles. With feather-like wings and a sophisticated flapping technique, the insects, which are less than half a millimeter in size, master the aerodynamic challenges of flying in miniature format. The insights into the nature patent could also inspire technical developments, say the scientists.

It is well known that being particularly small can offer decisive advantages. For this reason, some insects have become even more extreme tiny creatures in the course of evolution. However, being able to maintain flight abilities while shrinking posed a challenge, because increasing miniaturization leads to problematic flapping effects. Put simply, the air becomes more and more viscous – the smaller the wings, the more the medium behaves like syrup. As a result, small flying insects have to expend a comparatively large amount of energy when flying. This also seems to be reflected in the typical flight performance: As a rule, larger flying insects are faster than smaller ones.

On the trail of the secrets of nimble micro-flyers

But there are surprising exceptions: In an earlier study, the researchers led by Alexey Polilov from the Lomonosov University in Moscow have already shown that representatives of the so-called feather-winged beetles (Ptiliidae) are surprisingly agile in the air despite their miniature size. The tiny creatures, some of which are less than half a millimeter in size, are among the smallest known airborne insects in the world and are characterized by bristle-like wing structures. Despite their size, however, they achieve flight performance like other beetle species, which are three times larger than them. In their current study, the scientists have now investigated the assumption that this is due to the special structures of the wings of the mini beetles or to their flight style.

Her focus was on the approximately 0.4 millimeter large feather-wing beetle Paratuposa placentis, which lives on mushrooms in Vietnam. Using microscopy techniques, the researchers examined the feather-like wing structures of these tiny creatures in detail. They recorded the flight style of the insects using high-speed cameras from different perspectives. They then implemented their results in models and 3D simulations to allow conclusions about the meaning of the features and the flight behavior.

First of all, it became clear what role the unusual wing structure of the beetle plays in its aeronautical performance. Instead of the usual flight membranes, the Ptiliidae have bristle-like structures that appear like feather structures. In the case of P. placentis, the researchers have now been able to show that the individual bristles have further outgrowths. The researchers’ calculations show that the fan-like structures offer a significant weight advantage over membrane wings. This allows the mini beetles to move their wings comparatively easily through the viscous air. Despite the free spaces between the structures and the increased viscosity on a miniature scale, the researchers explain that hardly any air can get through them when the wings flap.

Light wings with a special flap

A previously unknown mode of movement of the wings also comes into play, as the analyzes of the aerial photographs show. While other flying insects simply flap their wings forwards and backwards, P. placentis describes a figure-eight loop in the air. It consists of vertical up and down movements of the wings. There is almost a smack on the reversals above and below the body. The researchers were also able to show that the elytra of the beetles also play an important role in the flight concept. These are the rigid structures beneath which the wings lie folded when at rest. In flight, these structures move in such a way that they balance the flapping system of the wings and thereby stabilize the flight. The bottom line is that the researchers’ aerodynamic simulations show that this overall system enables the special flight performance of the beetles in their microcosm.

The team now plans to investigate the flight concepts of other tiny insects using their methods. They want to find out to what extent other solutions to microscale aerodynamic challenges have emerged over the course of evolution. As the team emphasizes, the results may not only have significance for biology. The principles of insect flapping flight are already being used by engineers in the development of small aircraft. Insights into the abilities of microinsects could thus possibly enable further miniaturization.