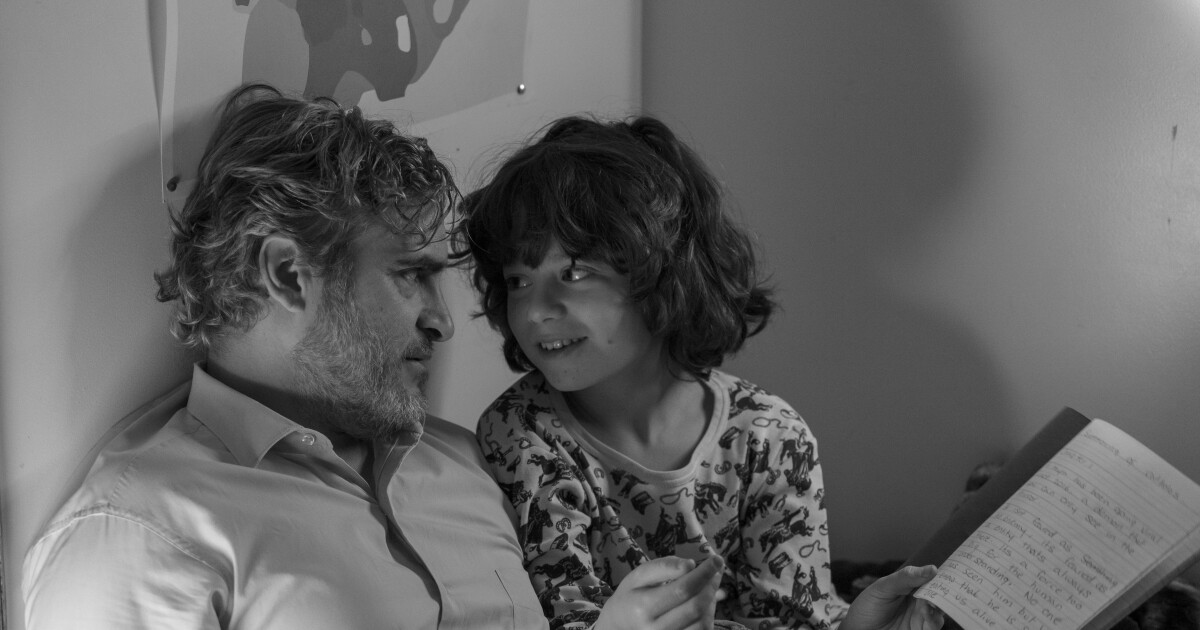 Making a film takes a good deal of courage, a great script and a great cast. But writers and directors who choose to focus their narrative on young people require an extra level of courage. Children can bring a lot of value to the story – humor, pathos, sheer cuteness – but the script has to do them justice first.

And then the director has to be willing to throw that script overboard.

Joaquin Phoenix seemed particularly aware of this when he signed on to work with writer-director Mike Mills on C’mon C’mon, which explores the intense bond between Johnny (Phoenix) and his young nephew Jesse (Woody goes Norman), which develops as they travel across America. Mills – who wrote all of his films – may have been confident in his narrative, but he admits the whole film was “hypothetical” until they got the right kid to play Jesse.

No matter how strong a script, if a real live child is assigned to the part, it can be broken open again. Kids add complexity and exponentially moving parts to the already tense process of filmmaking — and yet it’s a journey several filmmakers are taking this awards season, including C’mon, Encounter, CODA, Belfast, Stillwater” and “Blue Bayou” to name a few. And putting young people at the center of a particular story is a learning process for the directors and writers as well as the actors.

“A poor portrayal of a child can really stand out on screen and be detrimental to a film,” says writer-director Michael Pearce, whose “Encounter” centers on a war veteran (Riz Ahmed) who tries to find a safe haven for his children (Lucian -River) to find Chauhan and Aditya Geddada) from what he believes to be alien parasites. “You have to work a little differently when you work with children. Of course, kids have less acting experience than adults – they haven’t studied acting and haven’t done a few films.”

This process begins on the side where screenwriters aim to create realistic dialogue and storylines for children without turning them into mini-adults. Still, it’s a slippery slope — there’s a reason so many on-screen kids are labeled “precocious” or “prodigies.” But an adult writing for a child, even a teenager, risks assuming they know how the young person will think or sound once the cameras come on.

“There’s a way people write about teenagers that’s almost become a habit,” says writer-director Sian Heder, whose “CODA” tells the story of hearing teenager Ruby (Emilia Jones) who breaks away from her deaf family solves. “Just a few things that suggest ‘teenage behavior.’ Tropes are tropes because they’re often based on truth, but a character’s specificity is always something that does it for me. It’s not just about how to text a teenager, it’s about how to write Dies Teenager.”

Directors who don’t understand the ins and outs or treat their youngest performers like full adults risk evoking a technically perfect performance with no deeper connection.

“One problem I’ve seen with adult directors mentoring young actors is that they can sometimes be harsh in their demands,” says writer-director Kenneth Branagh in an email. His semi-autobiographical ‘Belfast’ stars Jude Hill as Buddy, a boy embroiled in the Northern Irish city’s civil war struggles. “If the young person doesn’t get results quickly, the pressure of film dates will take over [directors] to essentially “bribe” the young actor into understanding and performing as quickly as possible. That never works. You have to be very, very, very patient. And smart.”

How that cleverness is expressed may have little to do with what is literally written on the page. In “Stillwater,” writer/director Tom McCarthy portrayed a father from Oklahoma, France (Matt Damon) who forms a bond without real dialogue with his French girlfriend’s daughter, Maya (Lilou Siauvaud), since the two don’t speak a common language. In one scene, Damon’s character talks to Maya about his job at home while he’s fixing a toilet.

“You can tell she’s fascinated by watching this guy talk,” says McCarthy. “The fact that they don’t speak the same language means they have to find different ways of communicating. Both of them fake a little in their understanding of each other.”

Equally important is the value of improvisation, another element that cannot be planned for in the script. “Business was king,” writes Branagh of writing for his young cast. “Less dialogue… Prepare people with trust and love, but don’t give them too much time to think ahead. They want the thinking to be caught on camera, live as it happens.”

However, it’s also important to ground young actors with some level of understanding of what’s happening on screen. Justin Chon, writer, director and lead actor of “Blue Bayou,” a story about an American-raised Korean man who faces deportation and the loss of his white American wife and stepdaughter, explains how he met young Sydney Kowalske (Jessie ) worked together.

“We rehearsed for quite a long time and spent a lot of time playing and improvising,” he says in an email. “I explained why there were certain scenes and made her feel like she couldn’t do anything wrong. Then I suggested ideas that brought them back to the scene I had written, so it felt like it was their idea and not a direction.”

“You begin by acknowledging your visitorship [to children’s experiences]’ says Mill. “It’s about coming up with ideas and listening, then taking things.”

He recalls a moment of improvisation between Phoenix and Norman that sums it up well: Jesse has just asked his uncle what to call him, and Johnny casually suggests “Jesus Christ.” “And Woody just says, ‘I’m not a Christian,'” Mills marvels. “Things like that, we say, ‘OK!’ The Joker was just joking with him and Woody didn’t even blink. So this is gold. You know?”