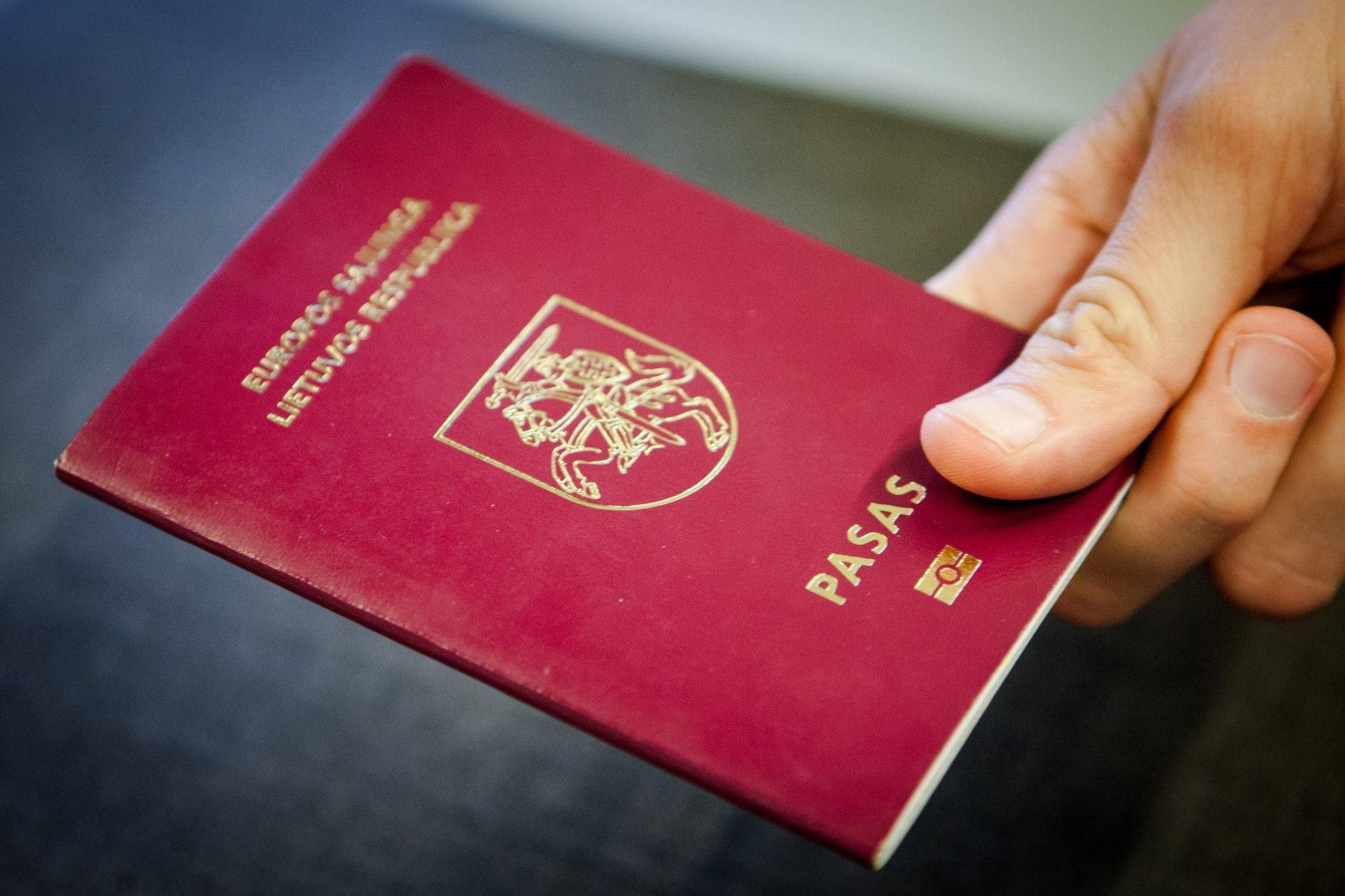 Parliament passed the following law by 82 votes in favour, 37 against and three abstentions.

The law will come into effect on May 1 when it is signed by President Gitan Nauseda.

Ruler: Accents are a matter of the future

The law provides that a Lithuanian citizen’s first and last name in personal documents can be written in letters of the Latin alphabet without diacritics if he chooses a non-Lithuanian spouse’s last name.

This means that the law allows writing the letters x, w and q in Lithuanian passports.

Such a spelling would also be possible if the name of his parents or one of the parents was written in non-Lithuanian script in the document source, as well as if he, parents, grandparents, ancestors had or have citizenship of another state and first and last name were entered in non-Lithuanian characters.

Another possibility would be to allow the original spelling of personal names in documents if he acquired his name in the foreign state in which he resides and they are recorded in those characters at the source of the document.

“Lithuanian citizens – mixed families, their children and persons of non-Lithuanian nationality – can write their first and last name in Latin letters in the original. Respect for citizens is a prerequisite for a democratic and constitutional state. Respect for nationality, culture and personal name of a person is an essential basis that develops love for the homeland and the state, ”said Minister of Justice Evelina Dobrovolska.

Representatives of the electoral action of Lithuanian Poles – Union of Christian Families in the Seimas proposed to allow the writing of surnames in Latin letters with diacritics in the documents, but this proposal did not find the necessary support.

Governors are in principle in favor of introducing diacritics but note that this is subject to further discussion as the changes would require the harmonization of information systems with additional budgetary resources.

Commenting on the proposal to allow diacritics on Tuesday, Prime Minister Ingrida Šimonytė said that it was simply impossible to implement it within the deadline provided by the draft law, as some technical preparations were needed.

“But the debate will not end because there will be further court decisions (about the diacritics – BNS) and the government’s decision will agree based on precedent,” the prime minister told reporters.

Earlier, during the deliberations, the Seimas had rejected the alternative proposed by several members of the Seimas to translate the names of the children of a Lithuanian citizen married to a foreigner and the children of those spouses into Lithuanian characters. As part of this project, the original spelling would have been acceptable on the front of the other entries section of the passport or on the other side of the ID card.

Members of the Seimas advocated passage of the law, arguing that the original spelling of surnames on documents forces people to go to court, and the Seimas doesn’t even decide whether such spelling is acceptable — it will decisions legalized by the court. Opponents claimed that non-Lithuanian characters contradicted the constitutional status of the state language of Lithuania and were a treason.

“The law usually lags behind life, so it sometimes happens that life, social relations that take place outside the Seimas take place before the law regulates them afterwards, and that is natural. But here we have an even more serious situation, when the Seimas, without approving such a law, lags behind for many years not only in life, but also in the law itself,” said Vytautas Mitalas, a representative of the Freedom Party.

He said this right was “very easy for him as a Liberal – the person’s first name and surname belong to him (the person – BNS), it is his property and nobody should be deprived of this right”.

Rima Baškienė, a representative of the democratic faction “In the name of Lithuania”, said that the vote was valuable and that passing the law would disappoint many people who appreciate Lithuanianness.

“It’s not a valuable thing, it’s a purely legal matter,” the Justice Minister’s delegate to the Minister of Freedom stated. This, in their opinion, is also evidenced by court decisions binding on original names recorded in personal documents.

“We have ignored this issue for many years and we probably need the courage to admit that it is not our decision whether to allow the three letters w, q or x, but whether our citizens must go to court or can use administrative procedures with dignity.” It speaks Mrs. Dobrovolska.

Audronius Ažubalis, a representative of the Home Union faction of Lithuanian Christian Democrats, said that the vote was about “an anti-state law that denies the constitutional status of the Lithuanian language and opposes citizens”.

“Because I used to be lucky enough to work in the Sąjūdis’ weekly Atgimimo, it is a great art that the main target of the “pro-Soviet movement” Jedinstvininkai at that time was the Lithuanian language. “The main public motive of the Jedinstva rallies from the beginning was to oppose the state status of the Lithuanian language,” said A. Ažubalis.

“Quoting the ever-rested linguist Vincas Urbutis is simply a betrayal of the Lithuanian language,” he added.

The opposition “peasants” intend to appeal to the Constitutional Court over the constitutionality of this law.

Original surnames – by the courts

The debate on legalizing the original spelling of personal names in documents has been going on in Lithuania for several decades, and bills have been submitted to Parliament several times, but so far there have not been enough votes to pass them.

Some politicians suggested allowing the use of Latin characters on the main page of personal documents to ensure the person’s right to their surname, while others took the view that this would undermine the status of the Lithuanian state language and suggested only personal names to write the second page.

So far, foreigners and their spouses who want original names in passports and ID cards have always had to defend this position before the courts that have ruled in their favor so far.

Lithuanian Poles are also looking for the possibility of writing their names in their original letters, and this issue is constantly raised at bilateral meetings between Lithuanian and Polish politicians.