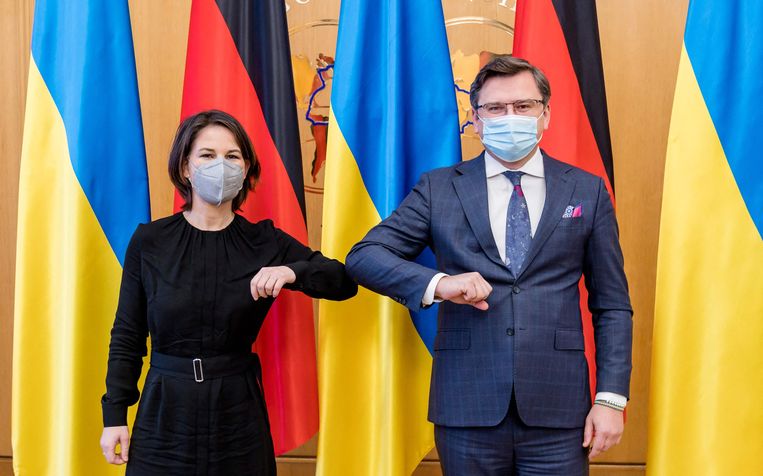 Baerbock warned against her visit to Moscow on Tuesday. “Any further aggressive act will have a high price for Russia, economically, strategically and politically,” Baerbock threatened on Monday after talks in the Ukrainian capital of Kiev. “Diplomacy is the only way.” She pointed out to the Russians that the EU, NATO and G7 all warn that an invasion will cost Moscow a lot of money.

Baerbock: “We take this very seriously. No country has the right to dictate to other countries the direction in which they want to go, the relationships they have and the alliances they can form. Ukraine’s sovereignty can and will never be negotiated.’ Russia, which has around 100,000 soldiers stationed on the border with Ukraine, is demanding from Kiev and the West, among others, that Ukraine will not become a NATO member in the future either. Moscow sees further NATO expansion as a threat.

The German warning comes after a week of intensive US-NATO talks with Russia to prevent an invasion of Ukraine. However, these consultations have yielded nothing concrete. Russian Foreign Minister Lavrov said on Monday that Russia wanted a written response to demands it had made, including for Ukraine’s NATO membership, later this week. Moscow also wants guarantees that NATO will not station troops and weapons in Ukraine and other former Soviet states that also want to join the alliance.

Germany hopes that the tough words against Russia can help to change President Vladimir Putin’s mind. Baerbock also commented on threats about Nord Stream 2 in December, the gas pipeline that Russia built to Germany to significantly increase gas exports. She warned that if the Russians invaded Ukraine, the already completed pipeline would be in jeopardy.

Nord Stream 2 topics will also be high on the agenda when Baerbock visits Moscow. Both Germany and the EU have yet to certify Nord Stream 2, but are now examining whether the pipeline might violate German and European competition law. Lavrov’s ministry called on Berlin and Brussels on Monday not to delay the approval unnecessarily and not to make it a political issue. The Russians built the pipeline, which bypasses Ukraine and Poland, in part to punish Kiev for its rapprochement with Europe.

One of the toughest sanctions the US and Europe plan to impose on Russians if they invade Ukraine is banning Russian banks from the Swift global payments system. But the German newspaper Handelsblatt reported on Monday that the West is no longer considering it, German government sources have confirmed. Indeed, these blows would completely cut Russia off from the global economy. The USA and Europe now want to punish the most important Russian banks with severe sanctions.

However, the White House later denied the report. According to the Biden administration, this severe sanction is still on the table and being discussed with European allies.