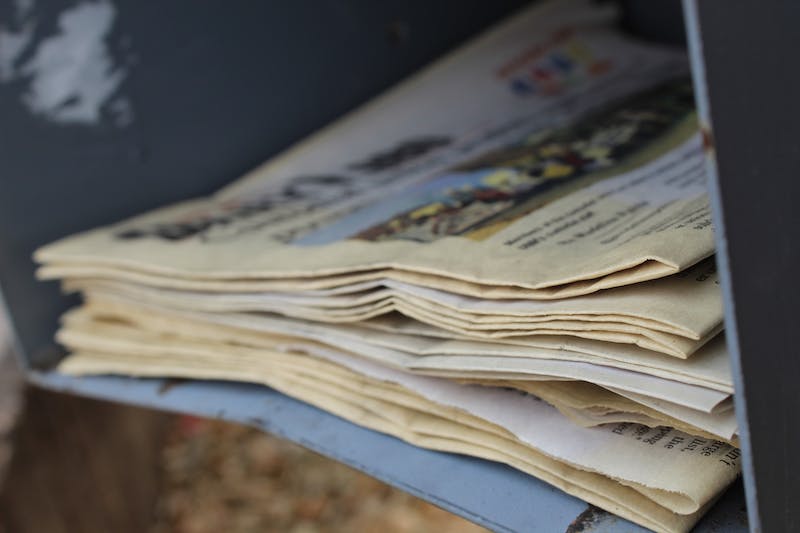 Intense socio-political turbulence, only exacerbated by the COVID-19 pandemic, has led to great complexity in journalistic media. Two Daily Lobo Alumni Makayla Grijalva and Danielle Prokop graduated in 2019 and 2020 respectively and have since found their passion as public watchdogs in reporting for local communities.

“Trying to break down the layers of bureaucracy is one of the fundamental things we can do to live in a democracy,” Prokop said.

Since graduating from the University of New Mexico with bachelor’s degrees in international studies and journalism, Prokop has worked in a variety of positions in various news organizations. She was an editor and general affairs reporter for the Santa Fe New Mexicans, an accountant at the Star Herald in Nebraska and is now a Beat reporter for El Paso-Angelegenheiten, There she focuses on topics related to the environment and climate change.

Prokop has enjoyed reporting nationwide, but has repeatedly hit the same walls with jaded news editors.

“Some of the biggest challenges I faced were editors unwilling to face their own callousness, which was often shaped by their often racist and sexist worldview, which was inconsistent with much of the community and their community’s values kept up,” said Prokop.

Grijalva credits a significant portion of her success to Prokop and Justin Garcia – her editor-in-chief during her final year at the Daily Lobo – He called the couple “some of my biggest mentors in journalism”.

oncampueWEB
Video Tag (responsive design)
InContent Expandable Tag (Responsive Design) – The tag will recognize the operating system of the device and resize the video player to 300×250 and pull the mobile targeted content when a mobile device is recognized.
Copy and place ad tag been two

tags on article template page. The placement should appear just “below-the-fold”, meaning that a user needs to scroll down slightly to see the video. Be sure that if your article page also has an “inline” ad unit that plays within the text that the two ad units do not overlap.
Please call Will Dunning at 617-523-9802 if you have any questions.
*/ –>

Through her exploration of New Mexico newsrooms, Grijalva has firmly established her desire to get involved in local journalism.

“I want to be able to tell the stories in a community,” Grijalva said.

Prokop shares Grijalva’s understanding of the importance of local reporting, but has been unfazed by many newsrooms and some unethical attention-getting tactics.

“The local newspapers have a super valuable role and they sometimes just squander it for nonsense, sometimes for political clout, but also just a lot of institutionalized garbage,” said Prokop.

Grijalva has seen quite a few issues of racial and gender inequality in newsrooms, but has generally had good experiences and is particularly pleased with the way her current editor is holding her accountable while ensuring she is still learning.

Although she has felt somewhat isolated from her white male colleagues, Procopius has been able to find contentment and community in the group of people she represents.

“One of the greatest gifts of being a reporter… (is) talking to people who are incredible and have these incredible life stories,” Prokop said.

Before entering the world of professional journalism, both attribute much of their success to their roots at the Daily Lobo.

“The experience I had with that Lobo was immeasurable. Through my work at Lobo, I learned how to run a newsroom, how to edit… whatever you put into it Lobo, it will give back,” said Grijalva.

Prokop’s souvenirs from her time at the Lobo This included improvements in her work and practice in a newsroom, but most importantly, it involved her own understanding of the beliefs of a news media community.

“I’m really grateful for that Daily Lobo for many reasons, one of which was that I learned to really appreciate people’s trust[in reporters],” Prokop said.

Grijalva hopes to spend time reporting for many local communities during her career, but is content with her current position at the Bulletin of the Region of Valencia.

Open to new and diverse opportunities, Prokop hopes to continue to make an impact through reporting on accessibility to the public.

“Weaving the fabric of the human experience is truly incredible and I wouldn’t trade it for the world,” Prokop said.

Natalie Jude is culture editor at Daily Lobo. She can be reached at [email protected] or on Twitter @natalaroni