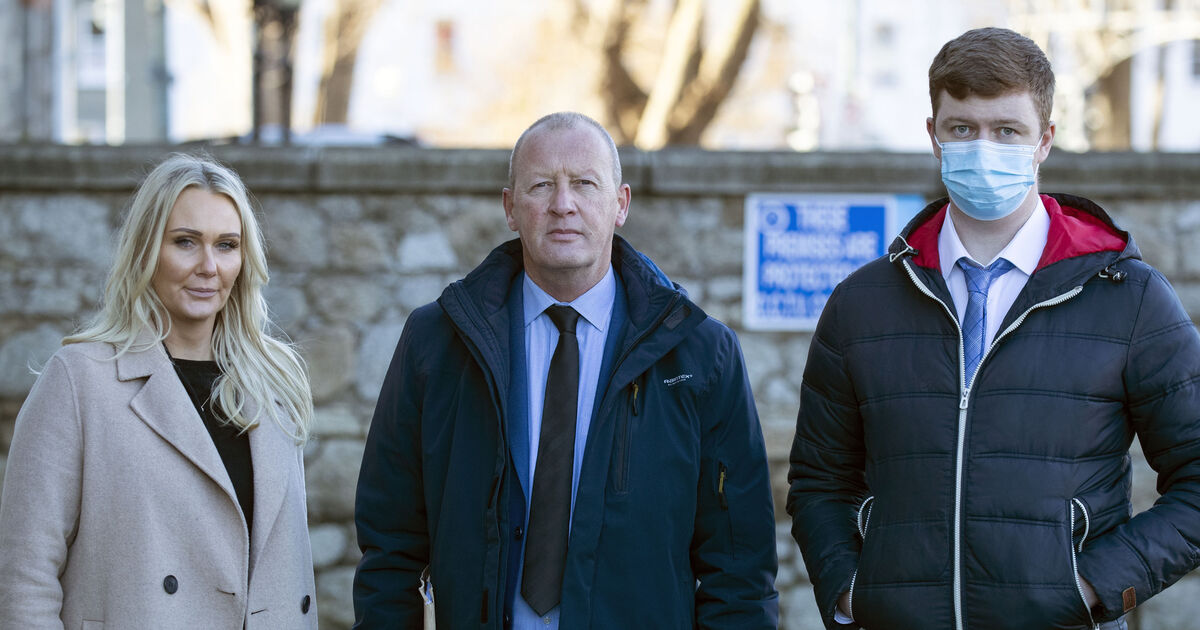 A Dublin woman who was an avid fitness fanatic died of poisoning after eating salmonella-contaminated food served at a First Communion celebration.

An inquest into Sandra O’Brien’s death found it was linked to a cold turkey supplied by a catering company, leading to a major outbreak of a rare form of salmonella in north Co Dublin in May 2017 .

The investigation showed that the infection form Salmonella Brandenburg was typically fatal in only 0.5% of cases.

A post-mortem of Ms O’Brien’s body revealed that she died as a result of acute myocarditis (inflammation of the heart muscle) due to salmonella infection.

A jury of six delivered a narrative verdict detailing how the “fit and healthy woman” contracted salmonella through food from a catering company.

The Dublin District Coroner’s Court hearing was informed that Ms O’Brien had attended a First Communion service for her great-niece Keyleigh on 13 May 2017 in Ballyboughal, Co Dublin.

It was evidenced that the food for the event was provided by Flanreil Food Services operating out of O’Dwyer’s Pub on Strand Road in Portmarnock, Co Dublin.

The dead woman’s husband, Michael O’Brien, who did not attend the party, said he was out shopping with his wife two days later when she complained of being unwell.

Mr O’Brien, a member of An Garda Síochána based in Mountjoy, described how she suffered repeated episodes of vomiting and diarrhea after returning home before they decided she needed to be hospitalized.

On the same day, Mr O’Brien said he went to Temple Street Children’s Hospital, where his wife’s grandniece went with similar ailments.

After treatment at Beaumont Hospital, Mr O’Brien said it was later confirmed by tests that his wife had contracted salmonella.

Despite taking medication, she continued to experience vomiting and diarrhea, although she said she felt slightly better as of May 20, 2017 and had eaten for the first time in five days.

The next morning, Mr O’Brien said he saw his wife asleep as he left for work around 6am.

When he returned home at around 3:15 p.m., he described finding her still in bed and knowing she was dead because her face was gray and her body was cold to the touch.

He said he realized his wife must have died that night, but didn’t realize it when he got up that morning.

Mr O’Brien described how his wife was in good health and “extremely fit”.

The investigation showed that she had regularly run marathons and half marathons, attended fitness classes three times a week and would run an average of 50 km per week.

Ms O’Brien’s niece, Nicola Judge, who hosted the communion service, said her aunt only ate a turkey roll at the event.

Ms. Richter said seven people, including her daughter, fell ill after the party.

dr Helena Murray, a public health specialist who led the multidisciplinary team controlling the salmonella outbreak, told the inquest that the source of the food poisoning had been traced to the cold turkey supplied by Flanreil.

A total of nine people were hospitalized as a result of the outbreak.

Evidence was heard that Flanreil had hosted 18 parties for more than 1,650 people over the course of that weekend.

dr Murray said some other cases may have been missed because people were reluctant to call in sick.

She said the progress of the outbreak control team’s work has been hampered by the “staggered reporting of information” by the catering company.

dr Murray said the food management system operated by the company was insufficient to control the risk of foodborne illness.

A shutdown order was imposed on Flanreil on May 19, 2017, which remained in effect until June 15, 2017, after the company conducted a review of its operations.

The investigation found the catering company was fined €6,000 in Swords District Court in November 2019 after admitting multiple breaches of food safety legislation.

The company’s two directors, Rory Reilly and Ciaran Flanagan, have each been fined €6,200 after pleading guilty to similar offences.

A report on the outbreak released earlier this month made a number of recommendations, including providing a family liaison officer in future cases involving deaths and greater use of social media, including geo-targeting recipients to disseminate information similar outbursts.

Other recommendations included raising awareness of the risk of party catering services provided by companies whose main business was ‘on site’ and the need for such companies to carry out a risk assessment of any expansion of their business and the proper preparation, storage and transport of food for “off-site” events.

The jury also concurred with the recommendations of the HSE’s outbreak control team.

The coroner, Dr. Clare Keane, offered her condolences to Ms O’Brien’s family on the “devastating and untimely loss of a alive, healthy woman who was in excellent physical condition prior to this tragic event”.