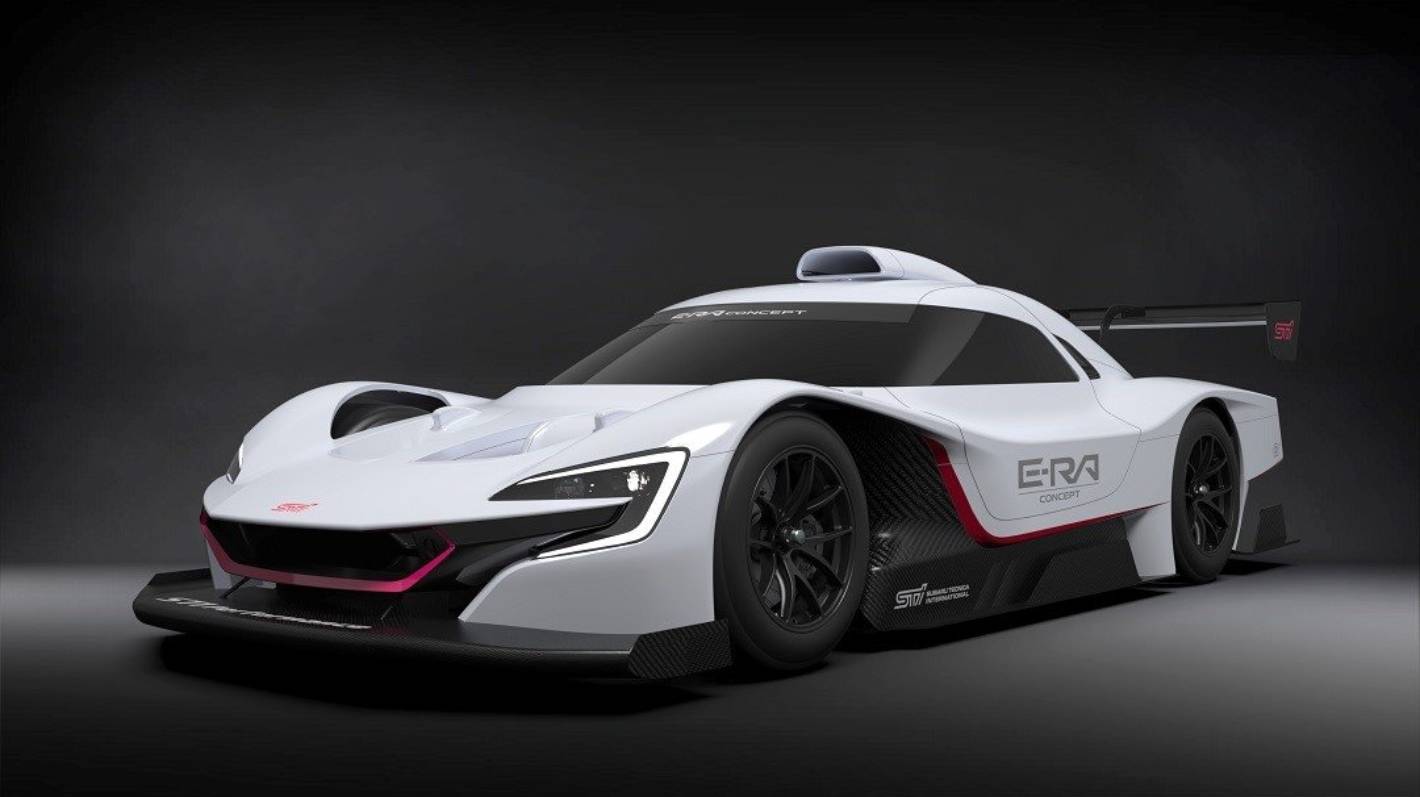 Dubbed the STI E-RA (Electric Record Attempt), the Bonkers machine was developed as part of an internal study looking at the future technology for zero-carbon racing.

Obviously, the racing of the future is ridiculously fast considering the E-RA houses four Yamaha-developed electric motors, each rated at 200kW, and the bodywork features a huge front splitter and rear wing, as well as a diffuser the size of a small house and a roof-mounted intake .

Mention that the E-RA’s batteries have a capacity of 60kWh, which might not sound like much compared to the 100kWh+ units of some road cars, but remember this doesn’t have to cover long distances. It has to go fast. We’d assume it’d have a high-voltage fast-charging system too, but Subaru didn’t say so.

The racer also features a new torque vectoring system that can apply the “optimal drive torque” to each wheel during load changes. It uses signals from wheel speed, vehicle speed, steering angle, G-force, yaw rate, and brake pressure and wheel load sensors to determine the driving or braking torque of each wheel to obtain a target stability factor.

But more interesting is the possible relationship between the E-RA and Toyota’s recently unveiled GT3 concept. The two companies share many parts and knowledge, so it’s remarkable for both to unveil high-performance racers at the same event.

While there are obvious differences that would set them apart – Subaru is all-electric versus Toyota’s supposed hybrid (but they haven’t revealed any actual details yet), there’s a chance the underlying platform is the same, at least based on the images provided.

The wheelbase looks roughly identical, and if you move the Toyota’s greenhouse forward to match the Subaru, the overall shapes aren’t that dissimilar. Perhaps the two companies are working on a new racing-focused Halo platform?

In any case, the E-RA’s four-engine layout is set to be included in the regulations for the future E-GT racing class, meaning there’s a chance we’ll actually pit the E-RA against other EVs like the Porsche Mission R or Volkswagen’s ID.R from a few years ago, assuming VW can switch it from hillclimb mode to circuit racing.

Until then, Subaru aims to unleash its creation at the Nürburgring from 2023, with a target lap time of six minutes and 40 seconds or 400 seconds. That’s as fast as a racing-ready Porsche GT2 RS.