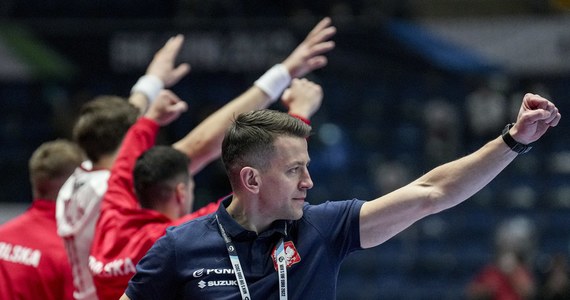 – We knew we were playing with a great team and it was going to be a tough game. It’s a shame that both teams couldn’t fall back on their strongest players for good reasons. It’s not normal, but that’s how it works. We realized that without Kulesz it would be much more difficult for them, I won’t say it made it easier for us, but it certainly gave us more opportunities. I also want to say thank you to all my players because they fought with all their hearts today, worked very hard in defense and fulfilled our requirements before the game. And in the end we won, although the result does not reflect the difference between our teams, because we know that Belarus is a much stronger team than they showed today – he said right after the meeting with Belarus Patrick Rombel.

The coach of “Biało-Czerwonych” added that he and his staff do not want to celebrate the victory and will start preparations for the last game in the preliminary round the night after the game. – We’re already starting tonight’s preparations for the game against Germany. We have a lot of material, we now have to put it together with what we have collected today. This is nothing new. We know what we want to play and what we are fighting for. We all want to go into the next round with points, but we also know who we’re going to play against. A difficult task awaits us, however We will definitely be prepared. Today the players have time to rest, but we, the coaching staff, are already starting work

ME in handball. Karol Bielecki for Interia: I see really nice players in the team. Video
INTERIA.TV

Also read: A great victory for the Poles. Promotion is ours!

Poland’s coach admitted they knew by midday that Władzisław Kulesz was unlikely to play them, although they didn’t take it for granted amid the wealth of information, much of which turned out to be false. The official confirmation only came an hour before the game.

Rombel was asked if he would give some of the most tired players some rest in the game against Germany as we already have some promotion, but the Poland manager has made it clear that this is not an option. – When I came here, I didn’t hear that we should be promoted. When we work together, we tell each other from the start that each next game is the most important. And this is how we will approach the clash with the Germans. We conduct fatigue logs and we will definitely check how the players are feeling and if they still need some rest, but I can’t imagine at this point that anyone wouldn’t want to be in the game against Germany and give 100%. I’m calm there. Nothing changes for us. Paulina, our video statistician, has already started preparing footage from this match for us. We continue as planned. Now rest and on Tuesday we will fight for victory with Germany – he explained.

The game against Belarus, just like against Austria, The Poles started very hard. Earlier, after the tournament in Spain, Rombel complained about the way his players open games, but now it has been improved. – Remember that the tournaments in Spain or earlier in Gdańsk were friendly competitions where we tested some variants and drew conclusions from them. The players are putting in so much work that we can look at those beginnings with a calmer head. I reiterate that I’m proud of the way they approach it and the way they work. This issue has been resolved and we need to continue working on the next small details.