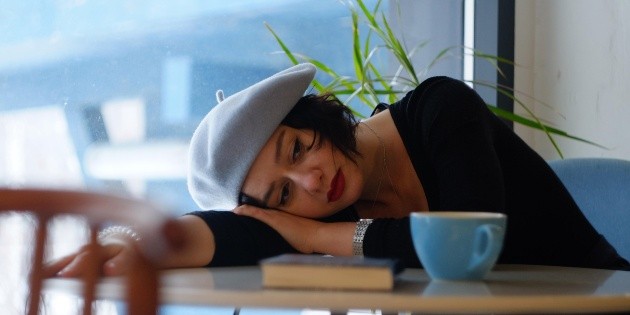 The term “Blue Monday”, in Spanish “Monday sad” was established in 2005 by a travel company, after this company realized that during this day the sales of its services dropped significantly.

Cliff Arnall, a former professor at the school of psychology at Cardiff University in Welsh, published the term in a press release, along with an equation that brings together some of the reasons why the third Monday in January is justified. considered the saddest day of the year.

In social networks it is common for phrases of encouragement and suggestions for activities to avoid depression or disappointment to be present.

This is a list of songs that can help strengthen positive thinking:


Created in the 80s, the song by the group New Order is the complete opposite of the advertising campaign created in 2005. The members of the group innovated musically when they mixed in this song the rock with electronics. It can be ideal for dancing.

I believe in myself


In 2014, just when several companies adopted Blue Monday as a propaganda term, the Spanish Natalia Jiménez premiered this theme that she herself considers “motivational”. The letter gives strength in the first person and is dedicated to people who are going through a bad time, according to Jiménez.


While his country, Argentina, was experiencing one of its worst economic crises (2001), Diego Torres released the album “A different world”, which sold 6 million copies and included this hopeful song that today is an anthem of positivism.


In the same year that Blue Monday appeared, Calle 13 premiered this song with danceable urban rhythm. Also through a rap, René Pérez, better known as Residente, says phrases like “get up, get hyper”, referring to an adjective of superiority; what it tries to do is produce empowerment in women.


This song by Ricky Martín is perceived as a explosion to joy, Perhaps that is why in 1999 it stayed at number one on the radio in the United States for five weeks, being considered one of the singles that opened the way for Latin American pop to the world market. It was the Puerto Rican’s first number one hit that was in the Billboard Top 100.


A more modern version of “Livin la vida loca” could be this song by Colombian J Balvin and French DJ Willy William, who in 2018 honored the Moombahton, a rhythm generated by combine reggaeton with electronic music. “The world loves us” and “This party has no end” are part of the lyrics that even produced a choreographic movement on Tik-Tok.


According to Dr. Jacob Jolif, a Dutch neuroscientist, from the University of Groningen, this song by Gloria Gaynor is on the list of “The melodies that lift our spirits the most”. It was used in 1998 when the French team won the FIFA world championship, where it gained more popularity, but also the composition speaks of a person who was afraid at first and then became strong.


The Swedish group Abba created this song in 1976. It was heard for the first time at the wedding of King Carl XVI Gustaf of Sweden and Queen Silvia Sommerlath. It tells the story of a woman who only wants to dance, becoming the ‘dancing Queen’.


Defining suburban funk beat Bruno Mars and Briton Mark Ronson invite girls to dance no matter how they feel or what they think they are. “If you’re sexy, then show it; if you’re a stranger, make yourself known you are not crazyCome show it,” he says.


Thanks to the bioseries of Freddy Mercury, vocalist of the group Queen, this theme became popular not only among fans. She was appointed in 2018 as ‘The happiest song in the history of music‘. “Tonight I’m going to have a great time, I feel alive and the world is turning upside down,” is heard.