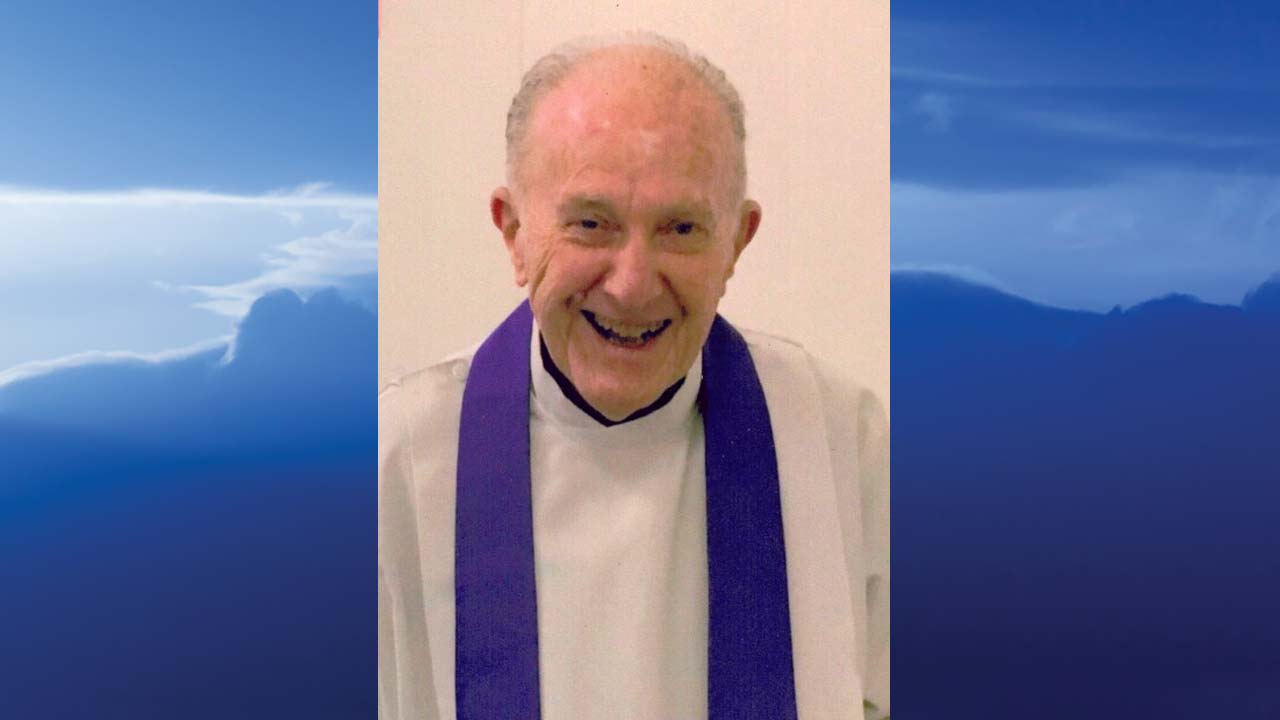 He attended Catholic schools in the Chicago area until 1941, when the family moved to Rocky River, Ohio, where he attended St. Christopher’s School and graduated from St. Ignatius High School in Cleveland, Ohio in 1949. He attended John Carroll University in Cleveland for two years before entering the novitiate of the Dominican Province of St. Albert the Great in Winona, Minnesota in 1951.

Father William Rock OP was given the monastic name of John and made simple profession on August 31, 1952. He then studied philosophy at St. Thomas Aquinas Priory in River Forest, Illinois from 1952-1955 and theology at St. Rose Priory in Dubuque, Iowa from 1955-59. He was solemnly professed August 31, 1955, and ordained to the priesthood on May 24, 1958 at St. Rose Priory by Most Reverend Celestine Daly, OP, Bishop of Des Moines, Iowa.

Fr. Rock served as associate pastor in Louisiana from 1959 to 1962 at St. Dominic’s Church in New Orleans and Mater Dolorosa Church in Independence. From 1962 to 1964 he was chaplain of the Catholic Student Center at the University of Wichita, Kansas, and from 1964 to 1965 lecturer in philosophy at Loras College in Dubuque, Iowa. He returned to New Orleans to serve as chaplain at St. Mary’s Dominican High School in New Orleans from 1965 to 1967. In 1968, after a year teaching at Fenwick High School in Oak Park, Illinois, Ms. Rock received permission to take time off to care for his parents.

1970, Fr. Rock applied for transfiltration to the Province of St. Joseph and was assigned to serve in the parish at St. Dominic’s Priory in Youngstown, Ohio, for a three-year probationary period. His request was granted by Fr. Anicetus Fernandez, OP, Master of the Order and assigned to Holy Name Rectory in Valhalla, New York for parish service.

In 1975, Fr. Rock was commissioned to serve as a hospital chaplain at the Priory of St. Catherine of Siena in New York City. In 1979 he received permission to join the parish staff at St. Rose of Lima Church in Cleveland, Ohio, to be available again to his parents who lived nearby. He served in various parishes in the Cleveland Diocese, ending up as parish vicar at St. Thomas More Church in Brooklyn, Ohio.

In 1994, Fr. Rock was able to return to Youngstown Diocese and was assigned to St. Dominic’s Priory for parish service, where he lived until his death.

His body is to be received on Monday 17 January 2022 at St. Dominic Parish Church, all are welcome, followed by the celebration of the Office of the Dead at 5:00 p.m

Friends can call the church from 9:00am – 9:45am, followed by Mass for the Christian funeral to be celebrated for him on Tuesday, January 18, 2022 at 10:00am. Rev Vincent De Lucia, OP, Prior and Pastor of St Dominic, is celebrant and preacher.

Burial will follow at the Dominican Friars’ property at Calvary Cemetery in Youngstown, Ohio.

It is requested that all present observe social distancing and proper health protocols and wear a face mask.

Family and friends of Fr. Visit from William Rock May www.foxfuneralhome.org leave condolences for him.

To send flowers to family or to plant a tree in memory of P. William John Rock, OP, please visit our Flower shop.