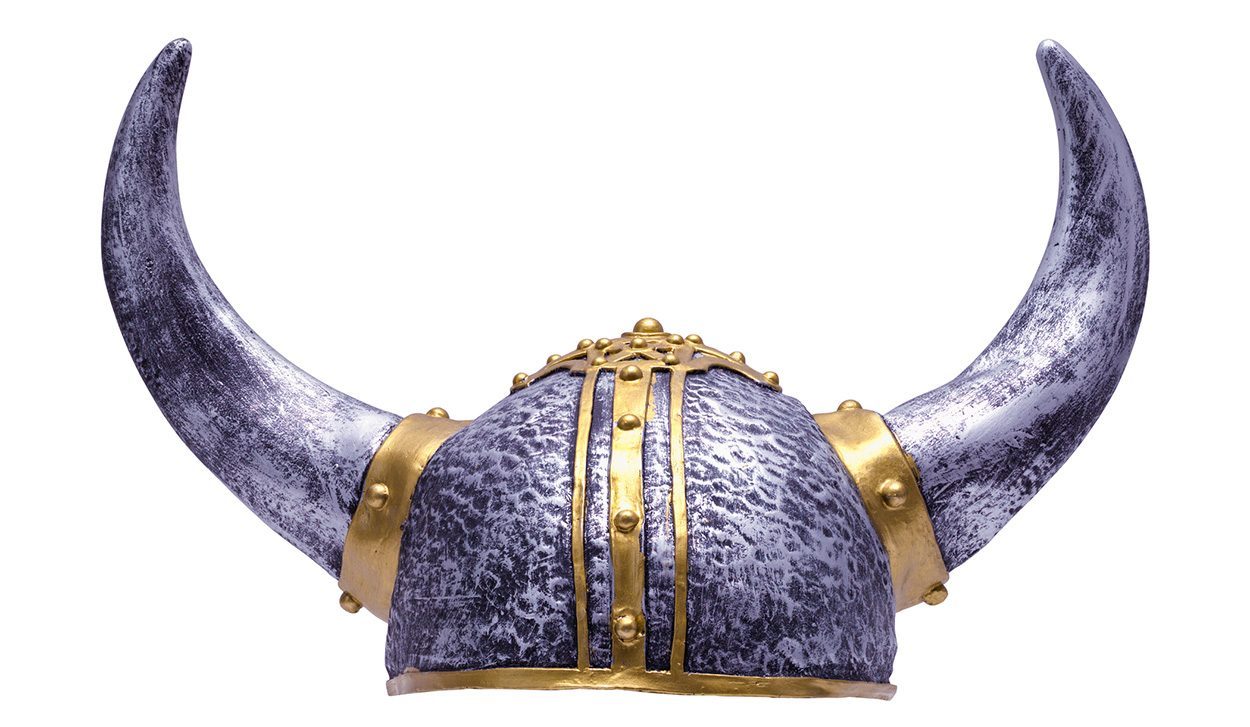 The horned helmet is often considered the typical headgear of Vikings. But the motif of the horned warrior and the first horned helmets are around a thousand years older, as has now been confirmed by a new dating of such helmets from Viksø, Denmark. But where does this cultural tradition come from? Comparisons of Bronze Age helmet images and finds from other areas of Europe indicate surprising long-distance connections.

Helmets decorated with long curved horns are often depicted as the headdress of the Vikings. In fact, two such helmets were found in Viksø, Denmark, near Copenhagen as early as 1942. The two headgear buried in the peat were made of bronze and were each adorned with two long horns. Even then, the design of these horned helmets suggested that they did not come from the time of the Vikings, but must be much older.

The exact age of the two Viksø helmets was recently revealed by a team of archaeologists led by Helle Vandkilde from Aarhus University. Because the researchers discovered remains of birch pitch inside one of the bronze horns and thus organic material that could be subjected to radiocarbon dating. The analyzes showed that the two helmets were buried in the peaty ground as early as 900 BC – long before the age of the Vikings. It fits in with the fact that numerous rock drawings and some small sculptures from the late Bronze Age already show human figures with horned helmets. “The horn motif comes from the Bronze Age,” says Vandkilde.

In order to find out where the horned helmet motif was widespread at that time, Vandkilde and her team have compiled data on archaeological finds of images, figures and helmets from all over Europe. “The geographical distribution of this motif extends to three areas – a southern zone in Sardinia and adjacent parts of Corsica, a central zone in the southwest of the Iberian Peninsula and a northern zone in southern Scandinavia,” reports the research team. “The motif of the horned warrior occurs in all three areas, but hardly or not at all in the rest of Europe.” However, there are older documents from around 1200 BC. Of horned figures from the Middle East and the eastern Mediterranean.

This raises the question of whether the tradition of horned helmets and figures developed independently of one another in these regions, some of which are far apart, or whether they are linked. In order to clarify this, Vandkilde and her colleagues carried out a comparative analysis in which they compared the temporal coincidence, appearance and design of the objects or images and also examined the weapons of the figures that were shown accompanying them. It turned out that the motif first appeared around 1200 BC. In Sardinia and Iberia, in Scandinavia, however, only around 200 years later. “Scandinavia was a straggler,” said the team.

The comparisons in terms of content showed that the horned figure was mostly depicted as a warrior with weapons. In all three areas he usually wore a sword and shield in addition to other objects, and the horn-bearer almost always formed the dominant, central figure in the images, as the archaeologists report. Of the 31 compared features, around a dozen usually appear in two or all three areas.

All European depictions of horned figures also have in common that the wearers of the horned helmets are depicted as dominant, sometimes mystical-divine personalities. “The horns on the head were linked to divinity, leadership, or both,” explain Vandkilde and her team. This reading, which goes back to Middle Eastern cultures, was apparently taken up by the cultures of the late Bronze Age – possibly because the rulers wanted to legitimize themselves by referring back to such mystical warrior deities.

According to archaeologists, the horn helmets are therefore not an in-house development of the Scandinavians. Instead, this motif and its use first spread from the eastern to the western Mediterranean, then from Sardinia and the Iberian Peninsula to Scandinavia. “The most plausible connection between the three zones is the exchange via the western sea route,” explain Vandkilde and her colleagues. It is possible that the horned helmet spread together with the metal trade of the Bronze Age, which was expanded by the Phoenicians and other seafarers. It would fit in with the fact that Scandinavia did not exist until around 1000 BC. According to the researchers, it became part of this long-distance trade network.