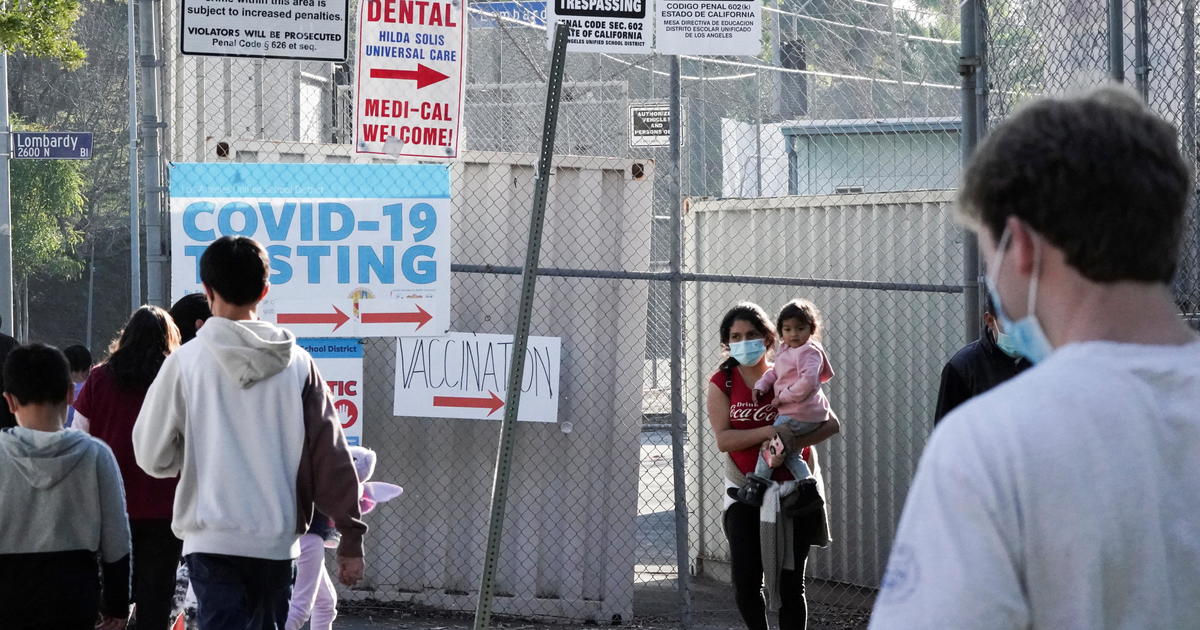 Thousands of students and staff in the Los Angeles Unified School District will miss the first day of the spring semester on Tuesday as the COVID-19 variant of Omicron continues to rise across the country. The district said that on Monday, 4 p.m., 65,630 students and staff tested positive for COVID-19 in the week before school.

Omikron caused the largest increase in cases to date since the pandemic began in early 2020. The sharp rise in cases began in early December, and as of January 9, the nation has had a daily average of more than 674,000 cases, according to the Centers for Disease Control and Prevention, more than 95% go COVID-19 Cases in the country. On January 9, Los Angeles County reported more than 43,500 new cases.

The school district had its Guidelines for returning to school on Friday given the increase. All students and staff, regardless of their vaccination status, had to be tested for COVID-19 and show a negative result between January 3 and January 10 in order to go to school.

Families were allowed to use external PCR or antigen tests, or to run tests at home so students could go to school.

The district announced that 424,230 students and employees took a basic test before the semester began. On Monday afternoon, the student positivity rate for COVID-19 cases is 16.6%, while the employee rate is at 14.9%. There is an estimated 574,570 students enrolled in the county, including adult and preschool education, and more than 73,800 employees.

Those numbers are subject to change, however, as fewer than 83% of students and just over 90% of staff have completed their basic tests, the district said.

“Our positivity rate remains lower than the positivity rate of the entire county due to tightened security measures and the continued partnership of families and employees,” the district said in a statement. Los Angeles County, according to his Health department, has a positive test rate of 22.64% based on the seven-day daily average.

All students and staff will have to undergo weekly tests in January regardless of their vaccination status, the school district said. Anyone who tests positive must be isolated for at least five days, and further isolation will depend on their symptoms. The district also requires that masks be worn at all times, both indoors and outdoors, and requires employees to wear surgical masks or higher.

Although it appears to be a “milder burden” of COVID-19, the former FDA commissioner was Dr. Scott Gottlieb told Face the Nation last week that Omicron is still a danger to children.

From January 1st to January 7th there was an average 839 children Hospitalized for COVID-19 at ages 17 and under, according to the CDC, up more than 33.5% from the previous week. Children in this demographic had the highest average increase in hospital admissions of almost any other age group except those over 70.

Li Cohen is a social media producer and trending reporter for CBS News who focuses on social justice issues.