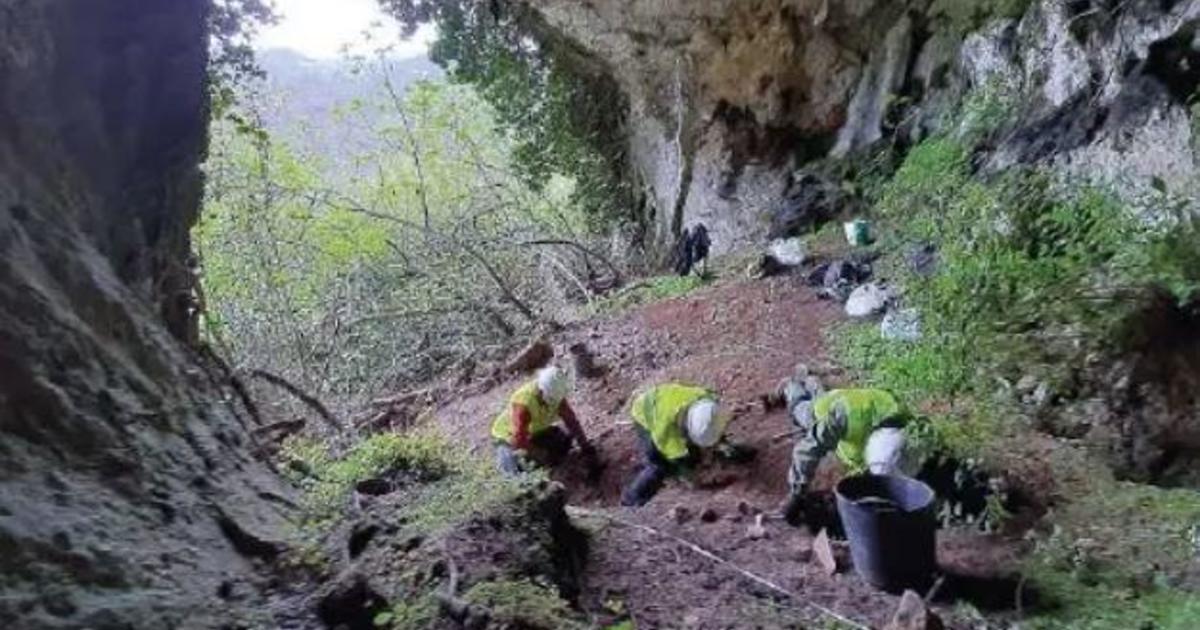 A treasure trove of around 200 coins from Roman times has been discovered in northwestern Spain thanks to the apparent efforts of a hungry badger in search of food, archaeologists said.

The coins, designated as an “exceptional find”, were discovered in April 2021 in the La Cuesta cave in Bercio in the Asturias region, with Details described im Journal of Prehitory and Archaeology released last month from the Autonomous University of Madrid.

The coins were probably excavated by a badger who died during the rare snowstorm which paralyzed Spain in January 2021 – a snow storm Officials called “The worst storm in 50 years.”

At the time, many creatures struggled to find berries, worms, or insects to eat, and this hapless mammal only found a handful of inedible metal disks that were later discovered by a local.

“At the bottom of the cave … in the sand that was probably excavated by badgers at the entrance to their settlement, we found the coins with more in them,” wrote the archaeologists after finding 209 coins from the 3rd to 5th had century AD

Most of these late Roman coins “come from the northern and eastern Mediterranean” from Antioch, Constantinople, Thessaloniki, which later passed through Rome and Arles and Lyon in southern France, although at least one coin was from London, they wrote. The explorers tells Das Land the one minted in London was one of the best preserved coins and is “bronze, weighing between 8 and 10 grams, with about 4% silver.”

“The amount of coins found, as well as the undisputed archaeological interest of the transition to the early Middle Ages, make the treasure discovered in Bercio an exceptional find,” they wrote.

The coins were likely transported there in the “context of political instability,” the researchers said, particularly in connection with the invasion of the Swabians, a Germanic people who invaded the northwestern part of the Iberian Peninsula in the 5th century.

This is the second time in a month that researchers have confirmed the discovery of Roman coins in Europe. In December, Israeli researchers showed an ROman era golden ring, coins and other items found in a shipwreck off the old port of Caesarea.

For the latest news and analysis, download the free CBS News app