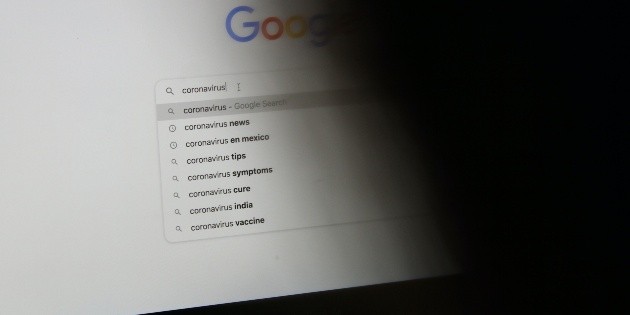 A study published Monday by researchers at the University of Florida (UF) concluded that the “doomscrolling”, term used in English to refer to the action of filling up with negative news, is “a new and unique behavior” and it occurs in people of the entire ideological spectrum.

With the study published in the journal “Technology, Mind, and Behavior” from the American Psychological Association, Benjamin K. Johnson, Bhakti Sharma, and Susanna S. Lee set out to determine if “doomscrolling” was just a new name for an existing problem and they concluded that no.

It is believed that the term originated in 2018 on Twitter and gained popularity in 2020 during the height of the pandemic COVID-19.

When social media users who want to stay up-to-date with the latest news start making a compulsive search for negative information doomscrolling occurs on the internet, according to UF researchers.

The study found that “doomscrolling” may be associated with fear of missing something and be constantly connected online through smartphones.

Being a “doomscroller” is more than just being interested in staying informed, said the UF researchers, who also developed a technique to measure “doomscrolling.”

According to a UF statement, the objective of this measurement technique is to pave the way for future research on the obsessive focus on some people’s negative news.

The study found that there are no ideological differences between the “doomscrollers”, there are both on the left and on the right, but that men and young people have more likely to develop this behavior than women and older adults.

Doomscrolling is “the combination of living through a crisis and having a smartphone with a never ending news feed. It just keeps going. So we keep scrolling (the internet),” Johnson explained in the statement.

It is not clear what triggers the “doomscrolling,” but Johnson said it is specific to el current moment.

Between the pandemic, political troubles in the world and mass shootings, people can be caught in the search for bad news, the statement said.

It is also unclear if “doomscrolling” causes anxiety or if anxiety leads to it.

“Although the study authors believe that they feed each other (doomscrolling and anxiety), establishing cause and effect will require more research, “the statement said.