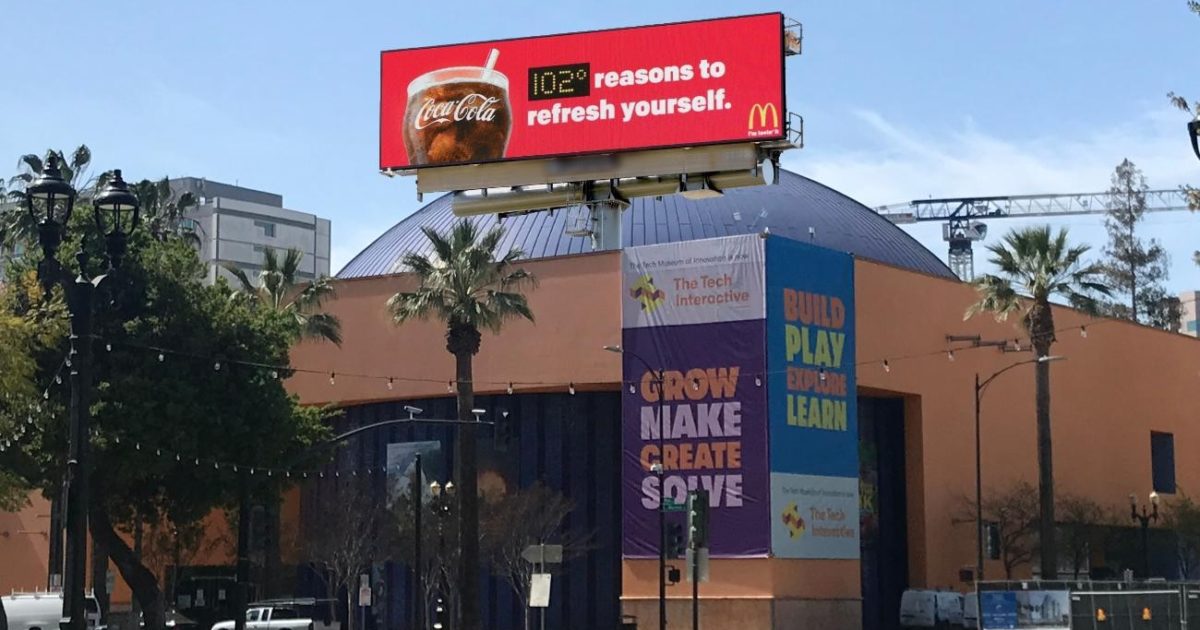 In San Jose’s enthusiasm for bringing us digital billboards, the city’s staff ruthlessly dismissed one of the greatest accomplishments of the man San Jose International Airport is named after: Norman Y. Mineta.

As Mayor of San Jose in 1972, Mineta supported the ban on new billboards on public property and helped institute a policy that has been in place for 50 years.

Today, the airport and city staff work tirelessly to sell out San Jose and corrupt Mineta’s legacy by building 1,000-square-foot double-sided billboards – three digital, one vinyl – that would generate a tiny fraction of 1% of annual sales Airport operating budget.

But the reality is that despite overwhelming public opposition to new billboards – 93% according to a city’s own survey of more than 2,000 respondents – the city has spent at least $ 2 million of our tax dollars on this initiative since 2015.

Several city agencies have scraped the skids for the rollout of off-premise digital advertising – billboards selling lemonade and cell phones – first on public property and later on private property. We’re talking 22 or more digital photos in downtown public buildings, at the airport, and finally, when the mighty billboard lobby has its way, 75 more on freeway-oriented private lots across San Jose.

Billboard proponents’ arguments such as raising revenue for the city, removing old existing billboards and boosting the local economy have been debunked. What may not be known is that the city’s staff, not so much the city council elected members, were the behind the scenes force preaching the virtues of digital billboards and working overtime to meet the billboard industry’s agenda.

It is clear that two different worldviews are in conflict. Community members know that San Jose’s historic character, architectural integrity, and natural environment are inexorably compromised as 100 new digital billboards are allowed to dominate the very essence of our public and private landscape.

Unfortunately, the management of the planning department, the business development office and the city administration office do not share the values ​​of the city dwellers for whom they work. They have different assumptions, process information differently, and end up with their own facts, which form the basis for imposing a domination of commercial advertising on our city.

Here’s what we mean by that. In the city-approved document allegedly responding to public comments on the proposed airport digital billboards, we are asked to believe the following statement:

“… the project would have no significant aesthetic impact.” P. 153.

Whether you support or disapprove of 60-foot, 1,000-square-foot digital billboards flashing soda and cell phone advertisements, who would doubt that such units soaring next to the airport wouldn’t have a significant aesthetic impact? If the proposed billboards don’t, what if?

We are also asked by the airport staff to take the following information about the proposed billboards seriously:

“The proposed project is not a phase of a larger project. It is a stand-alone proposal for two electronic billboards at the airport and is not linked to other considerations on previous or future billboards. ”P. 179.

This is a total denial of reality and could only be true if the airport weren’t an agency of the city, which it of course is.

Another classic example below is the thinking of our officials who appear to live in an alternate reality.

Thinking like this leads us to believe that the two V-shaped, two-sided signs proposed at the airport make not four, but only two signs. You can bet that the billboard company will collect the revenue from not two but four signs – a total of 4,000 square feet – no matter how the city defines a sign. Unfortunately, many of our appointed officials are no longer able to tell the difference between empirically verifiable, data-driven, evidence-based public policy and the seductive appeal of topics of special interest.

Ultimately, the responsibility of enforcing order in San Jose’s runaway public bureaucracy rests in the hands of the city council. They have to rule recalcitrant agencies who, in the case of digital billboards, have justified their blatant disdain for the public interest for too long by simply telling us that they were only following the advice of the council. More specifically, they are following the directions of the billboard lobby on a path that will make this city a place we no longer want to call home.

But if the council allows digital billboards at the airport, it should perhaps be named Chuck Reed International, after the former mayor who is now aptly lobbyist for the billboard company Orange Barrel Media.

Jason Hemp, Les Levitt, and John Miller are founders of No Digital Billboards in San Jose.