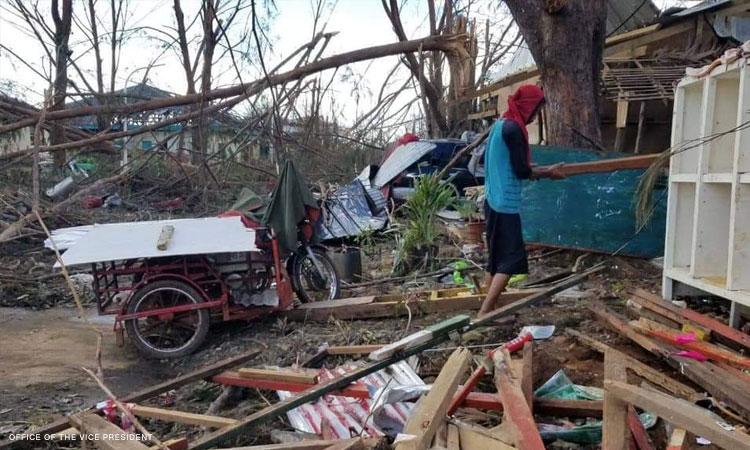 Agency executive director Ricardo Jalad said a total of 1,147 were injured and 82 are still missing after the super typhoon hit many parts of the Visayas and Mindanao.

NDRRMC put the damage to infrastructure and agriculture from the devastating typhoon at 16.71 billion pesos and over 6.68 billion pesos, respectively.

Jalad also reported that Typhoon Odette destroyed 532,000 homes and left over 169,000 completely in ruins. The cost of the damage is estimated at 28.16 million pesos.

More than 4.4 million people from 38 provinces were now affected after Odette beat the country for several days from December 16.