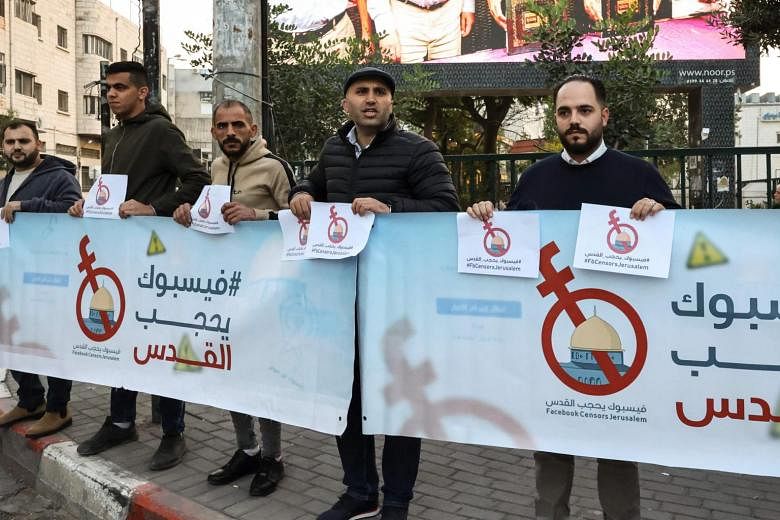 JERUSALEM (AFP) – Palestinian journalists have sounded the alarm over what they termed the unjustified suppression of their content on Facebook, supported by human rights groups but rejected by the social media giant.

On December 4, Palestinian TV correspondent Christine Rinawi posted a video on her Facebook account in which Israeli security forces were seen shooting a Palestinian on the ground and killing him. He had just carried out a knife attack on an Israeli civilian.

Shortly after posting her video, Rinawi, who has nearly 400,000 followers, noticed that it had been removed from her account.

This wasn’t her first experience of Facebook enforcement, and Rinawi said her account had already been restricted after sharing footage of a November attack in Jerusalem.

In both cases, Facebook said it intervened because the posts violated the platform’s standards.

A spokesman for Facebook parent company Meta said their guidelines were designed to “give everyone a voice while protecting them in our apps”.

“We apply these guidelines equally to everyone, regardless of who posts.”

Allegations of pro-Israel bias on Facebook have simmered for years and were renewed in October when Human Rights Watch, a vocal critic of Israel, said the platform had “suppressed content posted by Palestinians and their supporters on human rights issues express in Israel and Palestine ”. “.

Palestinian reporters have cited several incidents that they describe as censorship.

A popular online news outlet, Maydan Quds News, may even have to fire reporters after its main Facebook page, which had 1.2 million followers, was deleted, a source who requested anonymity told AFP.

The meta spokesperson told AFP that it has “a dedicated team that includes Arabic and Hebrew that is focused on protecting our community by ensuring that we remove harmful content.”

It also strives to “fix all enforcement errors as soon as possible so people can keep sharing what matters to them”.

Amid a battle in May between Israel and armed groups in Gaza – the worst in years – Facebook admitted that large-scale deletion of Palestinian posts was due to a technical bug it was trying to fix.