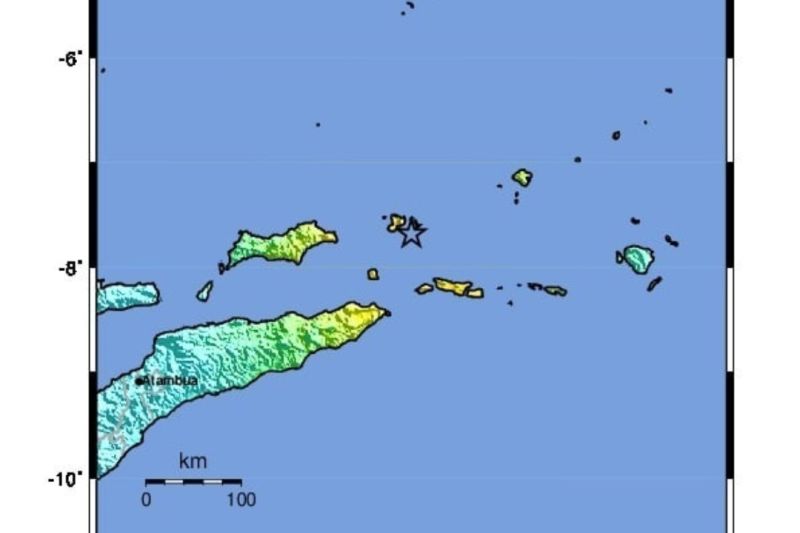 This earthquake within the plates creates more ground movement, so it is natural for this earthquake to travel long distances as far as Sorong City in West Papua. can be felt

Jakarta (ANTARA) – A strong 7.4 magnitude earthquake recorded at 1:25:53 am on Thursday 132 kilometers east of Tiakur in southwest Maluku indicates that the source of the medium-depth quake struck the Banda Sea met, is still very active.

The earthquake, the magnitude of which has been updated to 7.3 and hit the sea with a hypocenter depth of 183 km, is a medium depth quake due to the deformation of rocks during the subduction of tectonic plates and is therefore known as the intraplate quake.

“The earthquake of medium depth in the Banda Sea is still very active and can trigger a strong earthquake,” said Daryono, coordinator for earthquake and tsunami defense at the Department of Meteorology, Climatology and Geophysics (BMKG), here on Thursday.

The earthquake had a thrust fault mechanism due to the strong pressure from the subducted tectonic plates.

The results of sea level monitoring, performed immediately with the tide gauge, showed no sea level rise around the epicenter, suggesting that there was no tsunami.

“This earthquake has no potential to trigger a tsunami because the hypocenter is relatively deep (183 km). Therefore, the rock deformation does not disturb the seawater column, ”he explained.

The earthquake tremors were strongly felt in Tiakur on an intensity scale of MMI V-VI; in Tepa at MMI IV-V; in Saumlaki at MMI IV; and in Tual, Kupang, Alor, Rote, Malacca, Atambua and Sumba at MMI III-IV. The greatest shock of the earthquake, meanwhile, was felt in Sorong City in West Papua.

“This earthquake within the plates creates more ground movement, so it is natural for this earthquake to be felt over long distances as far as Sorong City in West Papua,” noted Daryno.

Similar news: BMKG recorded 75 aftershocks after Sorong’s earthquake with a magnitude of 5.3

Monitoring by the BMKG up to 5 a.m. local time resulted in 11 aftershocks, the greatest strength of the aftershock being 5.3 and the smallest being 3.9.

Several historical records indicate that tsunamis in 1673, 1710, and 1763 occurred near the epicenter in the Banda Sea.