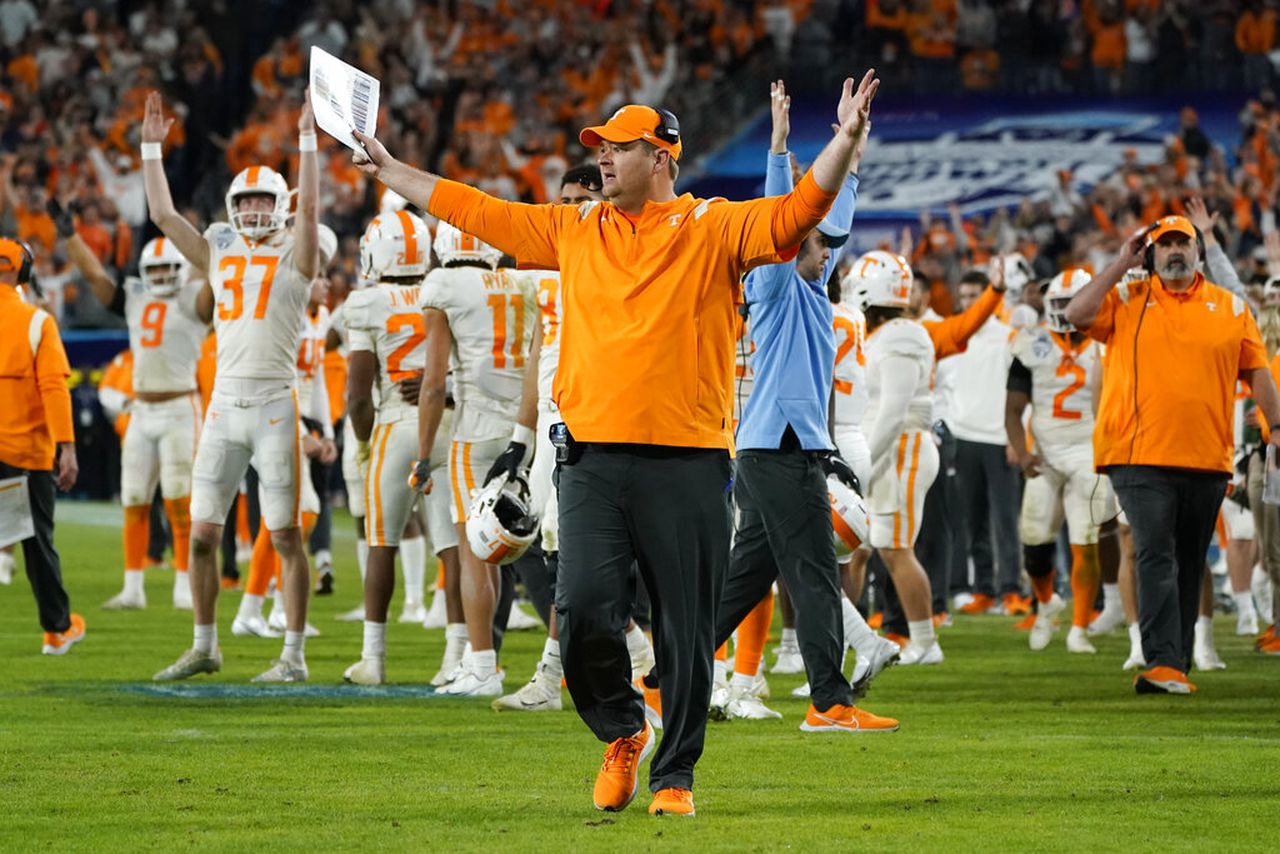 A back and forth Music City Bowl between Tennessee and Purdue on Thursday was finally decided in part by a controversial call in overtime.

The first time they had the ball in extra time, the volunteers opted for a touchdown on the fourth and the goal of the two. The running back Jaylen Wright appeared to stretch the ball over the goal line, but the officials had decided his advance would be stopped and the game was dead.

Here is a video as well as two stills:

The Boilermakers then moved into position for Mitchell Fineran’s 39-yard field goal, which was good for a 48-45 win. Purdue finished the season 9-4.

Tennessee finished 7-5 in Josh Heupel’s first season as head coach. After the game, Volunteers quarterback Hendon Hooker said he believed Wright made it to the end zone.

“I thought we scored a goal, but you know it’s a tough decision,” Hooker said. “It feels like me and my teammates gave everything.”

Heupel said, “” I love these guys. They fight, they scratch, they scratch and they compete. We came a little too short. “

Despite the controversial finish, the Volunteers and Boilermakers fought a classic offensive shootout at Nissan Stadium in Nashville. The two teams combined 1,290 yards overall offense (second most in Bowl history, after just 1,397 by Baylor and Washington in the 2011 Alamo Bowl), with 29 points scored in the last five minutes of regulation.

Hooker passed for 378 yards and five touchdowns, including a 2-yarder at Jalin Hyatt, to tie the game at 45 at 1:35 after regulation. The Volunteers then forced a Purdue punt and had a shot to win in regulation, but Chase McGrath’s 56-yard field goal attempt was far after time ran out.

Tennessee’s Cedric Tillman caught seven passes for 150 yards and three touchdowns, while Velus Jones added 10 receptions for 85 yards and a score. Jabari Small ran for 180 yards and a touchdown at 26 carries while linebacker Jeremy Banks had 20 tackles, 2.5 tackles for loss, a sack and two pass breakups to defend the Vols.

“The ball jumped in our path at the very end,” said Purdue coach Jeff Brohm.

Greg McElroy, who called the game for ESPN, noted that Tennessee was its own worst enemy, including 14 penalties for 128 yards.

Information from The Associated Press was used in this report.