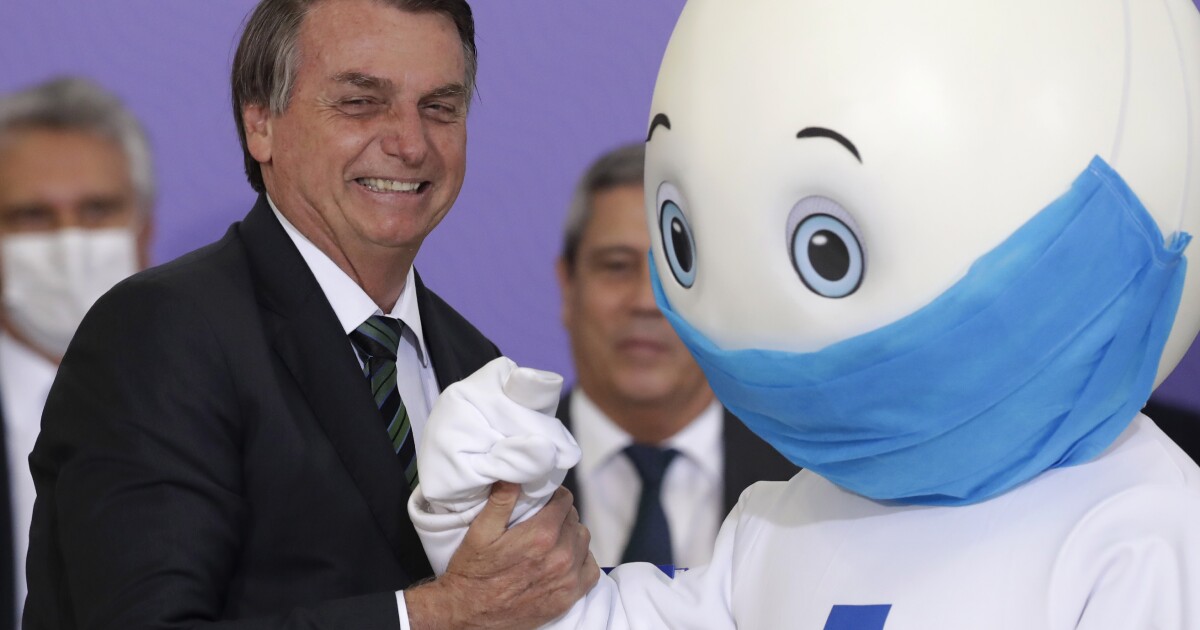 With leaders in different parts of the world relying on public health specialists to make decisions about whether and how children should be vaccinated against the coronavirus, the Brazilian government is seeking advice from the public online.

In recent weeks, President Jair Bolsonaro has spoken out against vaccinating children between the ages of 5 and 11, and his government has taken the unusual step of creating a platform that could confirm a stance disapproved by experts. Since his government released its online questionnaire on December 23rd, supporters of the president have been very active in messaging apps to pressure parents to influence the results.

A widespread post on Wednesday on Telegram’s Bolsonaro Army group, which has around 37,000 members, said the vaccine was experimental and suggested that its ingestion could be more harmful than infection, although several studies have shown the opposite . It also included a link to the government survey that other people posted along with instructions on how to forward it to friends and family.

The anti-vaccination campaign is similar to the online behavior seen earlier this month that catapulted Bolsonaro to the top of TIME magazine’s readers’ poll for Person of the Year, David Nemer, an expert, told Associated Press Applications. Bolsonaro received about a quarter of the more than 9 million votes, almost three times that of runner-up, former US President Donald Trump. The magazine’s editors voted Elon Musk Person of the Year 2021.

This time around, however, the online efforts are aimed at something far more significant than paying homage to the president. The poll, which ends January 2, aims to define vaccination policy in the most populous country in Latin America, home to 20 million children aged 5-11. Health Minister Marcelo Queiroga has announced that they will be able to be vaccinated soon, but the results of the survey will help set guidelines, including whether to give vaccines only with parental consent and a doctor’s recommendation.

“This is an instrument of democracy, it broadens the discussion on the subject and will give parents more security so that they can get their children to be vaccinated against COVID-19,” Queiroga said on Wednesday.

For their part, health experts are stunned. Some health ministries in Brazilian states have already committed to ignoring federal health ministry guidelines on vaccination in children based on public consultations. Gonzalo Vecina, founder and director of the Brazilian Health Authority between 1999 and 2003, says the public consultation on vaccines is “unprecedented”.

“Bolsonaro is against the vaccine and his associate, the Minister of Health, believes that health is a matter of public opinion. It’s a wrong and pointless approach, ”Vecina told the AP. “If only the deniers give their opinion in the public consultation, will the government say that the vaccine does not have to be used?”

Denial by the top in Brazil has something of déjà vu about it. When COVID-19 exploded, bringing the country’s death toll to the second highest in the world, Bolsonaro spent months voicing doubts about vaccines and adamantly refusing to get vaccinated. Quoting the fact that he contracted the coronavirus in 2020 to falsely claim he is already immune, he routinely refers to vaccination as a personal choice rather than a means of safeguarding the common good.

When the Brazilian health authority approved the use of the Pfizer vaccine for children on December 16, Bolsonaro was stunned.

“Children are something very serious,” he said on his weekly live broadcast on social media that same evening. “We don’t know anything about the possible future side effects. It’s amazing – sorry – what the agency did. Unbelievable”.

A study published Thursday by U.S. health officials confirmed that serious side effects from the Pfizer vaccine are rare in children ages 5-11. The results were based on approximately 8 million doses given to children in this age group.

Bolsonaro added that he would name and expose the officials who granted the permit, leading a union representing health officials to voice concerns about online verbal or even physical attacks.

Despite ardent support from its ranks, Bolsonaro’s anti-vaccination stance is not as widespread in Brazil – which has a proud history of vaccination campaigns – as it is in the United States. According to the Johns Hopkins University vaccination tracker, more than two-thirds of Brazilians are fully vaccinated against COVID-19, compared with 63% in the United States, although American children have been eligible for vaccines since early November.