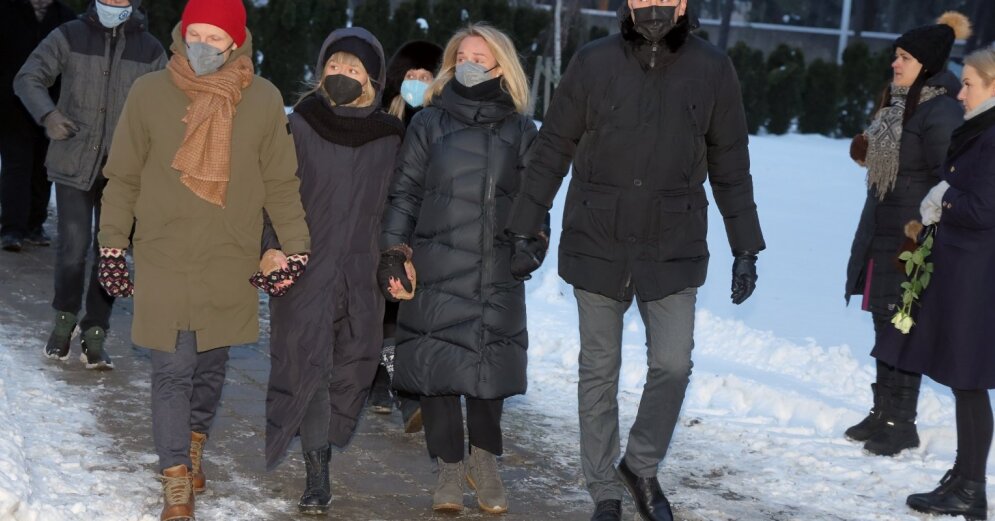 On December 30 of this year, the legend of Latvian rock music, co-author of several popular hits and head of the group “Opus Pro” Oleg Andreev, better known as Alex, spent in the Riga crematorium. The musician died on December 27th.

Alex is the co-writer of legendary songs like “You and I”, “Pink Rain”, “Family”, “Last Stop”, “Champion”. Father of two daughters – Aija and Laura.

His family members came to say goodbye to the Latvian rock legend, including a daughter – singer Aija Andrejeva with her husband, the leader of The Sound Poets, Jānis Aišpurs. The musicians Gundars Lintiņš, Kārlis Būmeisters, Aivars Hermanis, Māris Mihelsons, the TV presenter Kristīne Komarovska and many others accompanied the directors of Opus Pro.

Alex has been at the heart of the Opus Pro group since it was founded in 1986 with guitarist and songwriter Harry Zariņš. In the early 1990s he also worked in the USA as part of the Latvian group Riga. In 2011 he returned to the stage after a long break, then actively worked with the former member of the group Harijs Zariņš, his daughter Aija Andrejeva, and performed actively as a member of “Opus Pro”.

Has participated in the recordings of the album “Family”, “I’ll steal you”, “You and I” (together with Aija Andrejeva), “Story No. 13 ”participated. In 2015, some of Alex’s original songs were included in Harry Zariņš’s album “Love Rock Ballads”.

25 years later, in 2015, the album “Riga in America”, recorded in the USA in 1990, was released by the group “Riga”, in which Alex participated with Ainars Virga, Uldis Marhilēvičs, Igo and Guntis Vecgailis.