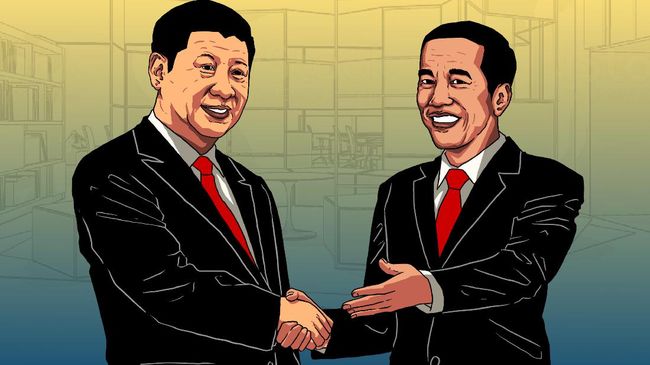 Jakarta, CNBC Indonesia – Indonesia and China are taking an increasingly compact approach to exiting the US dollar in their bilateral cooperation transactions. Both agreed to use the local currency or local currency equalization system (LCS), both rupiah and yuan.

This is reflected in the value of the transactions between Indonesia and China using the LCS, which has reached up to $ 15.1 million as of October 21, 2021.

“The development of LCS transactions in 2021 continues to show a positive increase. LCS transactions were posted for CNY / IDR at $ 15.1 million, ”BI wrote in its presentation cited on Friday (12/24/2021).

From BI data, transactions with LCS between Indonesia and China are still smaller than in other countries. The largest transaction with LCS RI was with Japan for $ 102.3 million.

“In general, LCS transactions in Indonesia have performed well since 2018,” wrote BI.

The implementation of the LCS cooperation is one of BI’s ongoing efforts to encourage wider use of local currencies in the processing of trade transactions and direct investments with various partner countries.

Expanding the use of LCS is expected to aid the stability of the rupiah as it reduces reliance on certain currencies in the domestic foreign exchange market.