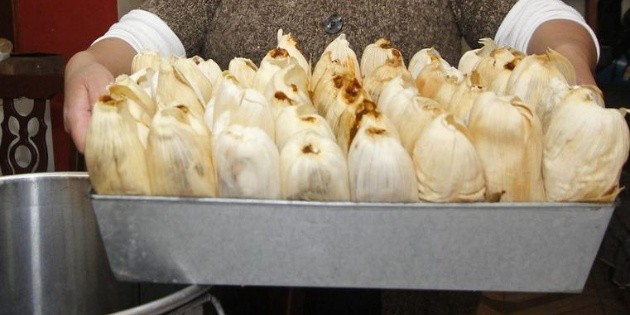 Mexican families double their calorie consumption during the holidays december, which is why they tend to gain weight due to excessive meals, warned the head of the Nutrition and Dietetics department of the Hospital de Gineco-Obstetricia (HGO) 60 in the State of Mexico, María Dolores Ramírez Avilés.

A woman, on average, should consume about one thousand five hundred calories, spread over the three daily meals; 500 for breakfast, 500 for lunch, and 500 for dinner, while men need 1,800 calories a day, reported the specialist.

However, in December the inhabitants of urban areas like this one, usually double the amount of food, “so a person gets to eat up to three thousand calories in a single day“said Ramírez Avilés.

Chocolates, punch, sweets, dinners with multiple stews such as romeritos, cod, turkey, leg, added with pineapple, cherries; as well as the consumption of desserts such as cakes and puddings, in addition to alcoholic beverages and the lack of exercise or physical activity contribute to excessive calorie accumulation.

This causes that in December women, children and men, register “an excessive accumulation of calories, which causes an increase in fat, obesity, cardiovascular problems and high blood pressure “, a situation that increases if there is also a large consumption of canned food, said the head of Nutrition and Dietetics of the hospital.

Also if people already have any disease, such as diabetes or hypertension, the high-calorie Christmas diet, further complicates these conditions since they can develop metabolic syndrome, a set of conditions that increase the risk of heart disease and even stroke, which are increased at this time, the nutritionist warned.

The Christmas dinner is usually made up of turkey, cod, apple or Christmas salad and rosemary.

“Although these foods are not harmful to health, we should not abuse their consumption and follow the food laws: a sufficient, balanced and varied meal that covers the total requirement of the day, “he reiterated.

World Health Organization (WHO) recommends that, at Christmas, families “avoid the consumption of soft drinks, sweets, pastries and processed foods, have a varied diet, reduce the consumption of salt and not consume alcohol, since this is not part of a healthy diet and is not there is a safe dose for their consumption. “

The nutritionist recommended drinking from one and a half to two liters of water a day and exercising or at least walking every day.

The IMSS, informed the specialist “invites all families to attend the health program Chécate, Mídete, Muévete, where patients are weighed, what type of ailments they have is evaluated and a food plan is given, as well as a Exercise routine”.