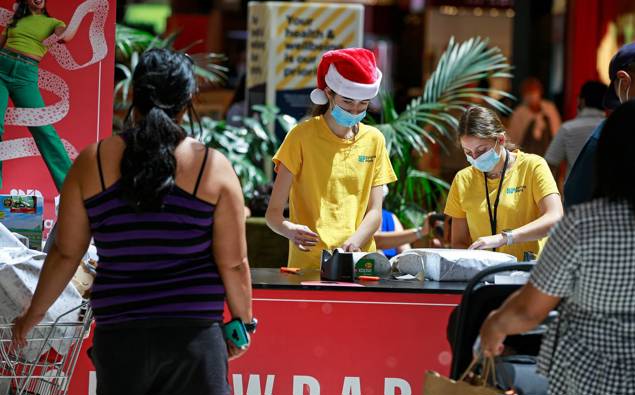 A patient aged 50 has died of Covid-19, the Ministry of Health has confirmed.

The patient, who was admitted to North Shore Hospital on December 11, marks the 49th death in New Zealand.

As the country enters a second festive season amid the shadow of the global pandemic, there are 62 new cases of Covid-19 in the community, 45 people are in hospital, eight of them in intensive care.

Cases of the Delta variant, which triggered a month-long lockdown in Auckland in August, have declined sharply in recent weeks – new cases in the community stood at 56 yesterday, most in Auckland, compared to more than 200 a day ago a little more than a month.

However, fears remain that the latest Covid-19 variant – Omicron – will prevail if the virus should slip past the MIQ defense.

There were six new cases of Omicron in managed isolation and quarantine yesterday, out of 28 cases discovered so far in New Zealand – all in isolation.

The highly infectious variant has spread rapidly overseas since it was first discovered, with the number of cases rising in South Africa, the United States, Great Britain and Australia, among others.

Experts have said the variant in the Delta variant may not cause as many serious illnesses, but due to the delay in serious illness and death, it was too early to be sure.

Even if the variant was milder than Delta, there are fears that hospitals could be overwhelmed just because so many more people are infected.

The government this week postponed the planned quarantine-free opening of the border with Australia in January until at least the end of February, and brought the eligibility for booster vaccinations two months forward – which are believed to offer significantly improved immunity to Omicron than the two vaccinations more than 91 percent of eligible kiwis have already received.

Starting January 5, anyone over 18 who received their second dose of Pfizer vaccine at least four months ago can get their booster vaccination.

From January 17th, vaccinations will also open for children between the ages of 5 and 11.

Northland, which has the lowest vaccination rates in the country at 83 percent double vaccination, will remain in the red light – which, like Orange, restricts some activities only to vaccinated people, but also has capacity limits to stop super-spreader events – until at least January 17.