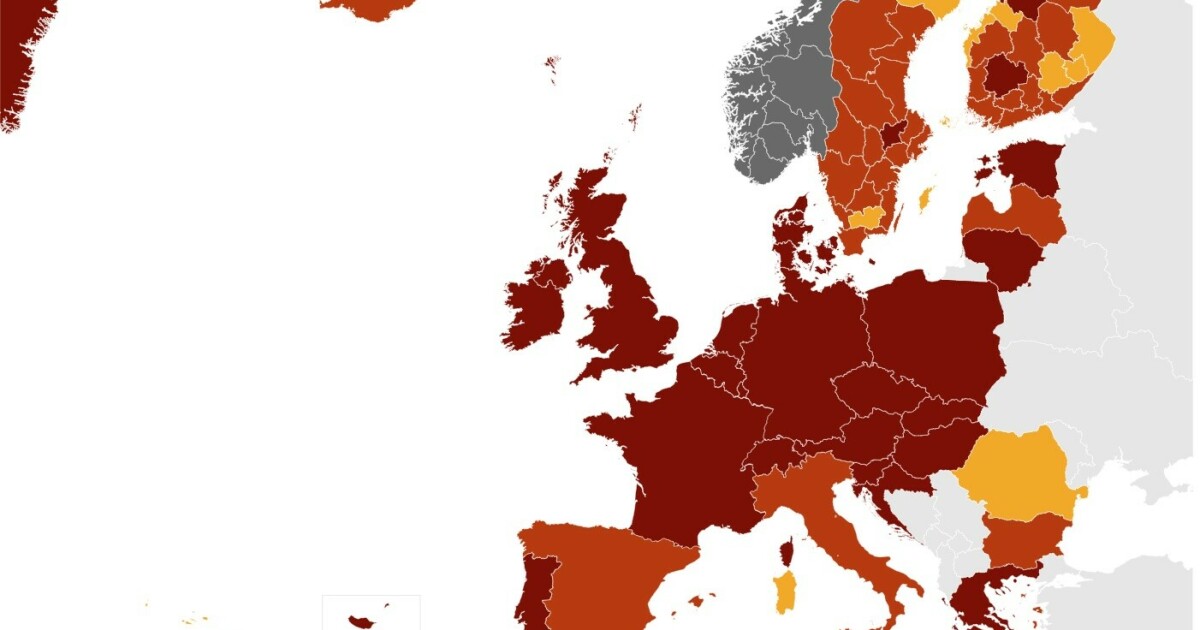 In November, the Norwegian Public Health Institute recommended that the government remove the color card. The color card divides the EEA and Schengen states into different colors, which are determined by the infection pressure in the individual countries. The color of the country determines whether travelers have to go through entry quarantine upon arrival in Norway.

In the final version of one Task response which was delivered on November 2, FHI recommended removing both the color card and the entry quarantine for travelers from EEA and Schengen countries.

The recommendation was also discussed when emergency preparedness leaders met in the Biological Incident Emergency Committee (BUB) on November 5, according to a meeting report to which Dagbladet had access.

Fjeldheim also refers to FHIs answer a task which was delivered on September 17th and explain why they think the color chart is less reliable than before.

“The percentage of positive tests is an important indicator in the ECDC cards. With the increasing use of unregistered self-tests, this indicator becomes less meaningful, ”writes NIPH.

“The lack of an overview of changes in monitoring and testing strategies in different countries makes the indicators less comparable and the threshold values ​​less relevant. The ECDC cards are therefore less reliable as a basis for determining future access measures ».

The color map is created by the ECDC, the European Infection Control Agency. In Norway you have to carry out the entry quarantine if you cannot present a valid Corona passport when entering from EEA and Schengen countries, which are marked red or dark red on the color card.

State Secretary Ole Henrik Krat Bjørkholt at the Ministry of Health and Care Services explains why they have chosen to keep the entry quarantine for unvaccinated or Covid-19 infected people entering Norway from red and dark red countries.

“The reason why we still have an entry quarantine when entering from red and dark red countries for people who cannot prove that they have been fully vaccinated or have had Covid-19 in the last six months is the recommendation of the Norwegian Directorate of Health to comply with this requirement ”, Bjørkholt wrote in an email to Dagbladet.

“It is true that in connection with the response to Mission 542, the FHI has proposed a dissolution. In the same answer, the Norwegian Health Directorate did not dismiss this, but we feel this is a little ahead of time ”.

The situation has changed

«In the next task Exercise 552 Part 2, on the other hand, the Norwegian Directorate of Health made it clear that the mandatory entry quarantine for red and dark red countries must be maintained. This is justified by the fact that the vaccination rate in Norway is very high, but recent developments have shown an uncertain situation. The contagion situation in Europe had recently developed in a negative direction.

“Due to concerns about the capacity of the health service, the Norwegian Directorate of Health felt that measures must be continued that could reduce the risk of imported infections from these countries.”

The Norwegian Directorate of Health assessments

The Norwegian Directorate of Health initially supported the FHI’s assessments of the color card. However, they felt that the color card could be used if necessary until a possible new system was introduced.

“Right now it’s the best we have,” they emphasized.

At the same time, they also discussed the possibility of lifting the entry quarantine requirement for travelers from red and dark red countries in the EEA and Schengen area and replacing it with a test requirement. However, later in November the situation and assessments had changed.

“The development of the infection situation in Europe has worsened after the response was delivered. Europe is now considered the epicenter of the pandemic. The Norwegian Health Directorate is therefore now considering continuing the obligation to enter quarantine for travelers from red and dark red countries, ”wrote the Norwegian Health Directorate.

The response from the Norwegian Directorate of Health and the NIPH to immigration referrals was released on Wednesday. Here it turns out that They disagree on the testing requirements for crossing the border.