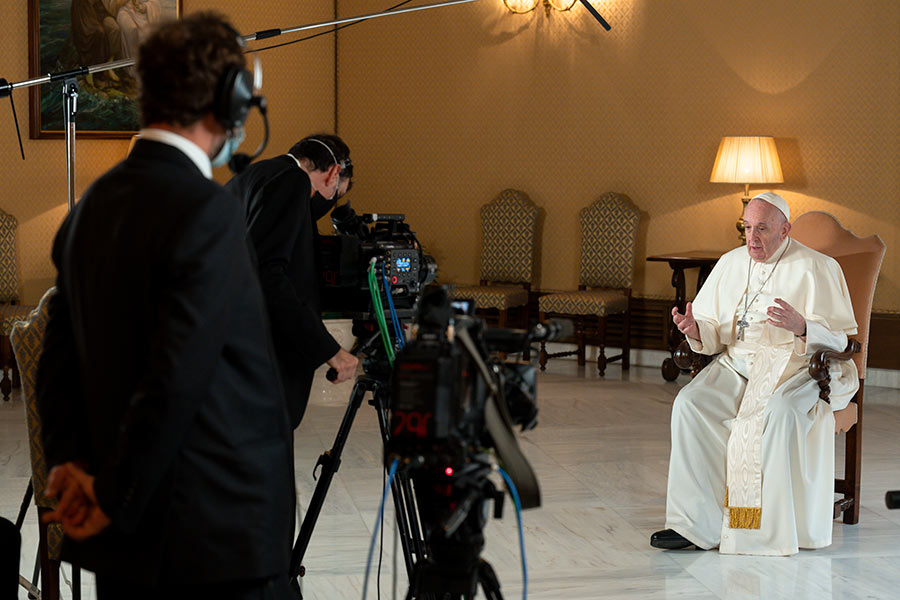 NEW YORK (CNS) – Anyone who has followed Pope Francis’ pontificate will know that it consistently encourages the young to learn from the elders and to remember their roots.

This message is at the heart of the “Stories of a Generation with Pope Francis” series streamed on Netflix on Christmas Day.

Based on the Pope’s 2018 book, Sharing the Wisdom of Time, edited by Loyola Press, the program features stories from people over 70 from all over the world, including the Pope himself, as they share their life experiences with young filmmakers. Each of the four hour-long episodes is dedicated to a central theme: “Love”, “Dreams”, “Struggle” and “Work”.

There are several famous names on the lineup, such as Martin Scorsese and Jane Goodall. But most of those who appear on screen under the overall direction of Simona Ercolani have never lived in the limelight.

The headline “Love” introduces Estela Barnes de Carlotto, a 90-year-old Argentina woman who spent decades looking for her grandson after her daughter was killed during the riots in that country in the 1970s. Vito Forino, 72, sailed from his home in Lampedusa, Italy, in 2013 and eventually rescued 47 people from a sinking refugee ship.

One of those who are classified as dreamers is New Zealand climatologist Dave Lowe. Along with a group of other scientists, Lowe received the Nobel Prize for being the first to measure the increase in carbon dioxide in the atmosphere of the southern hemisphere in 1972.

76-year-old Danilo Mena Hernandez from Costa Rica has a more personal dream. He longs for his blind and developmentally disordered twin sons to feel the sand between their toes and the ocean waves at their feet.

Sports enthusiasts don’t miss out either – as the stories of an 88-year-old skydiver who learned the art of her son and a 77-year-old surfer who thought he could ride a tsunami show.

Regret also finds its place in the show. When asked by his youngest daughter what his biggest regret was, Scorsese replied, “I would have loved to help raise my other daughters,” acknowledging that his film career often took precedence over his family life.

The episode on “Struggle” is particularly moving. Gisèle Assoud Sabbagh, 87, for example, was born in Aleppo, Syria, but had to flee to Beirut. Now she is facing another upheaval: she has to leave her home and the friends she made in Beirut to live in France with her daughter and grandson.

As for “work”, Mexican midwife Natalia Echeverría Fuentevilla reflects on the satisfaction of knowing that she has given birth to thousands of babies in her lifetime. 90-year-old Vietnamese cobbler Trinh Ngoc remembers making shoes for the King of Cambodia in the 1950s. And Nike Okundaye, 70, a Nigerian artist and fashion designer, talks about the freedom her job has given her.

With its sometimes mature themes, “Stories” is not suitable for children. Teens and adults, on the other hand, find it warm, uplifting, and inspiring.

Sister Rupprecht, a daughter of St. Paulus, is a guest critic for the Catholic News Service.

Read more on film and television