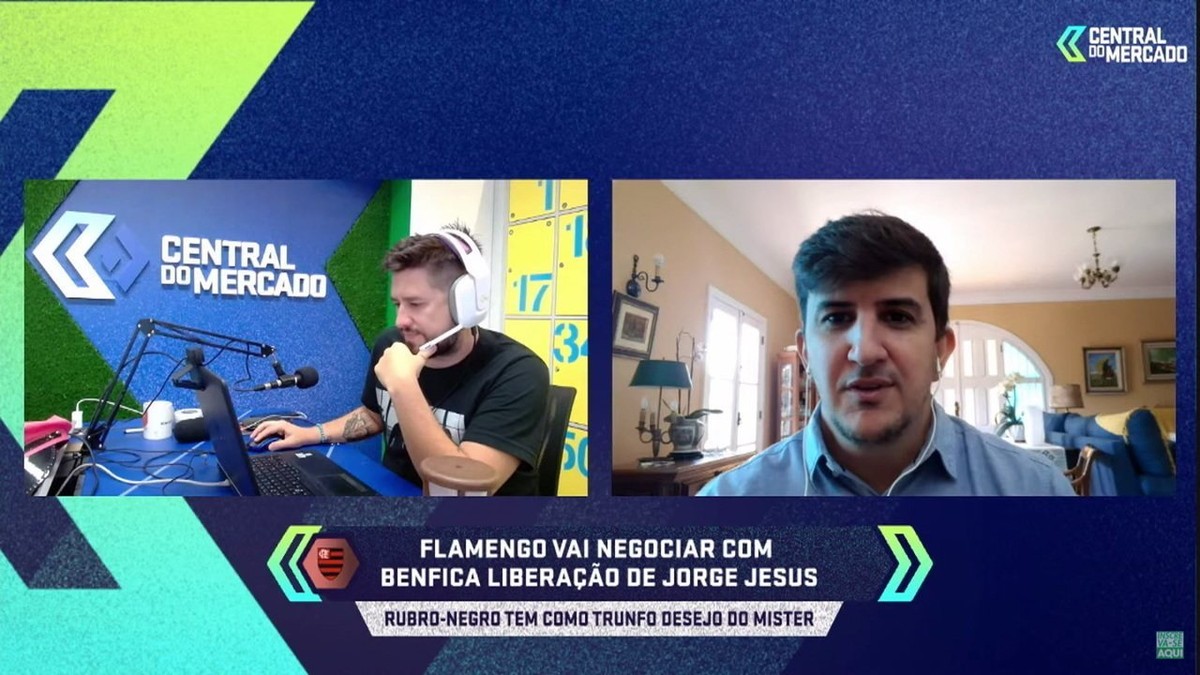 This Wednesday, the team of directors traveled from Lisbon to Braga, where they will meet Carlos Carvalhal, a coach who was previously a priority at Gávea, and António Salvador, the local team’s president. This way they expand the contact area and save time before the last shot.

On Tuesday Marcos Braz and Bruno Spindel visited the house of Jesus in Cascais near Lisbon. During the conversation they were given the green light to negotiate with Benfica. It should be emphasized, however, that a suggestion to the fan favorite and the red-black direction has not yet been made.

By the way, Wednesday morning was quite lively. On the eve of the derby, João de Deus granted a press conference for the Portugal Cup with Porto – the teams will meet on Thursday at 5:45 p.m. (GMT). João had to face the microphones because Mister was suspended. During the interview, he stated that the manager is currently not interested in leaving Benfica.

– I’m here because our trainer was punished (Jorge Jesus is suspended), otherwise he would like to answer. In terms of the news, I’ve spoken to Mister a lot, and more specifically today. Yesterday (Tuesday) there was a meeting (his) with friends from Flamengo and duly authorized by Benfica and with the knowledge of Rui Costa. Mr said he cannot and does not want to leave Benfica at this point. There’s a contract to be fulfilled, fulfilled and titles to be won at Benfica. That made us come back to Portugal – said João de Deus at a press conference on the eve of the duel against Porto for the round of 16 of the Portuguese Cup.

To reduce the excitement around JJ on the eve of two classics with Porto, Benfica issued an official statement denying information from CNN Portugal that there was already an agreement for Jesus to return to Flamengo.

In other words, the presence of the duo who dominate Flamengo’s football has rattled the local news. There are journalists following in the footsteps of Braz and Spindel, and any moment the voices of Benfica will emerge trying to dispel the blatant flirtation between the club and the coach.