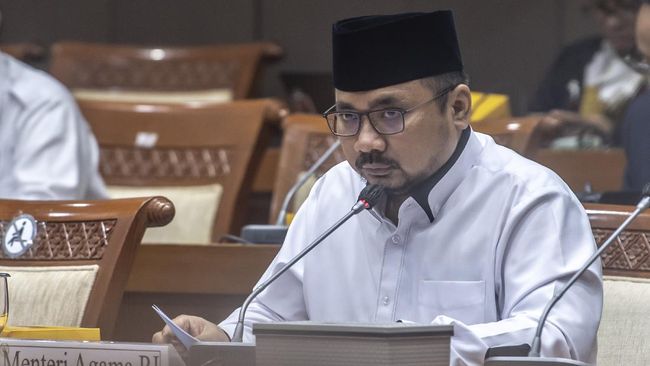 Six former religious ministry officials (Ministry of Religion) is planning a letter to the President of the Republic of Indonesia Joko Widodo (Jokowi). They want to demand an explanation for the dismissal by the minister of religion (Menag) Yaqut Cholil Qoumas.

Former director general of Buddhist Community Development Caliadi said his party would hear Jokowi’s considerations in approving the removal proposal. They fear that Jokowi will receive the wrong news from Yaqut.

“Of course we ask the president for clarification,” said Caliadi when contacting us CNNIndonesia.com, Wednesday (December 22nd).

Caliadi said his party was preparing a letter to Jokowi. At the same time, he said a number of religious figures and institutions had sent Jokowi similar letters.

Former religious officials are also taking legal action. You complained to the State Civil Apparatus Commission (KASN) about the deportation. They believed that Yaqut’s decision was procedurally flawed.

Caliadi and five other former religious ministry officials will also challenge Yaqut’s decision. You bring the question of impeachment before the State Administrative Court (PTUN).

“We are currently writing that the most important thing is that we go to PTUN,” he said.

Previously, Minister of Religion, Yaqut Cholil Qoumas, dismissed six Level I officials from the Ministry of Religions. Four of them are general managers.

“Mutations are a common thing for organizational refreshment,” confirmed the Secretary General of the Ministry of Religions, Nizar Ali, on Tuesday (December 21st).

“This mutation process was carried out in accordance with the regulations. The complaint before the administrative court is the right of the person concerned and also regulated by law. 12).

Nizar cited the minister of religion as the personnel construction officer (PPK), who was authorized to mutate his subordinates for organizational refreshment, not for punishment.