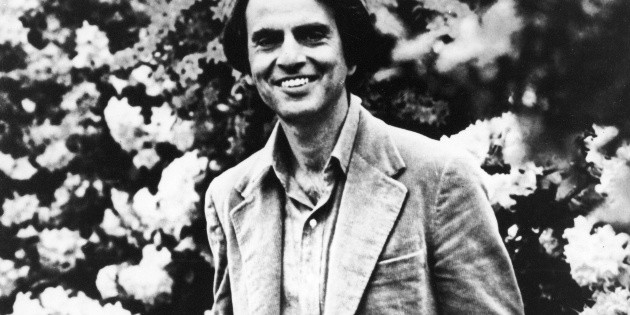 25 years after the mourning anniversary of Carl Sagan (1934-1996), the astrophysicist who lowered the technicalities of astronomy into a clear and universal voice so that all humanity could understand the fascinatingness of the cosmos and the universe that surrounds us, is still remembered as an essential personality around science.

When television series were not swarming as they do today, the science popularizer –along with producer Ann Druyan– led to the screen “Cosmos“(1980), a program through which he unraveled the enigmas of the universe. The project derived from the publication of the book of the same name, in which it details topics such as the Solar System, galaxies, the thermonuclear reaction inside the stars, comets and countless other phenomena.

Many Scientists and scientists, over the years, have revealed that Sagan was one of the great motivators that led them to indoctrinate themselves in the world of science. The poet Sergio C. Famjul recalled, in a post of “The country“It was thanks to the astrophysicist that he enrolled in this discipline, not easy to deal with. In times of distress, the journalist also narrated that he resorted to and reviewed Sagan’s text, which comforted him and returned perspective.

For his part, the scientist Pere Estupinyà –also cited by C. Famjul– He recalled the wisdom of the astronomer, since no matter that he had the sophistication of the knowledge of the cosmos, he worked in favor of delivering in a simple and clear way the complexity of the universe to all those who lacked the theory and had excess enthusiasm for it. scientific knowledge.

“Sagan is a reference in terms of relaxed but enthusiastic tone, clarity in the exposition and constant search to convey a deep message, not superficial,” reflected the science communicator. “He did not frivolize or take science as a spectacle, but as what it is: the best tool we have to understand how the world works “, he deepened.

An explicit example of said enunciation is the already well-known “A pale blue dot“(A pale blue dot), another of the books that Sagan saw the light, thanks to a photograph of the Earth, taken by the space probe Voyager 1, six billion kilometers away from our planet that looks like a tiny particle.

In his work, the astrophysicist makes a reflection that borders between the scientific and the philosopher, about the immensity of the universe and the reducibility of humanity, ephemeral and mutable.

This pronouncement has become one of the most cited, paraphrased and sought after today, since it not only repairs the myriad of interpretations that we can build about reality, depending on our condition, but also reinforces the need to reflect on of the fragility of the world and the need to preserve it.

For Sagan, the popularization of science was not a secondary aspect of science, as was widely believed and is still considered today by some and some specialists.

In contemporaneity, in the advent of social networks and the immediacy of information, at the provocation of a click you can find a plethora of youtubers who act as the disseminator of today, many of them assert that Sagan It is not the benchmark for current generations and, instead, they based their scientific ideology from other channels of the social network, in which the clips are bold and short-lived.