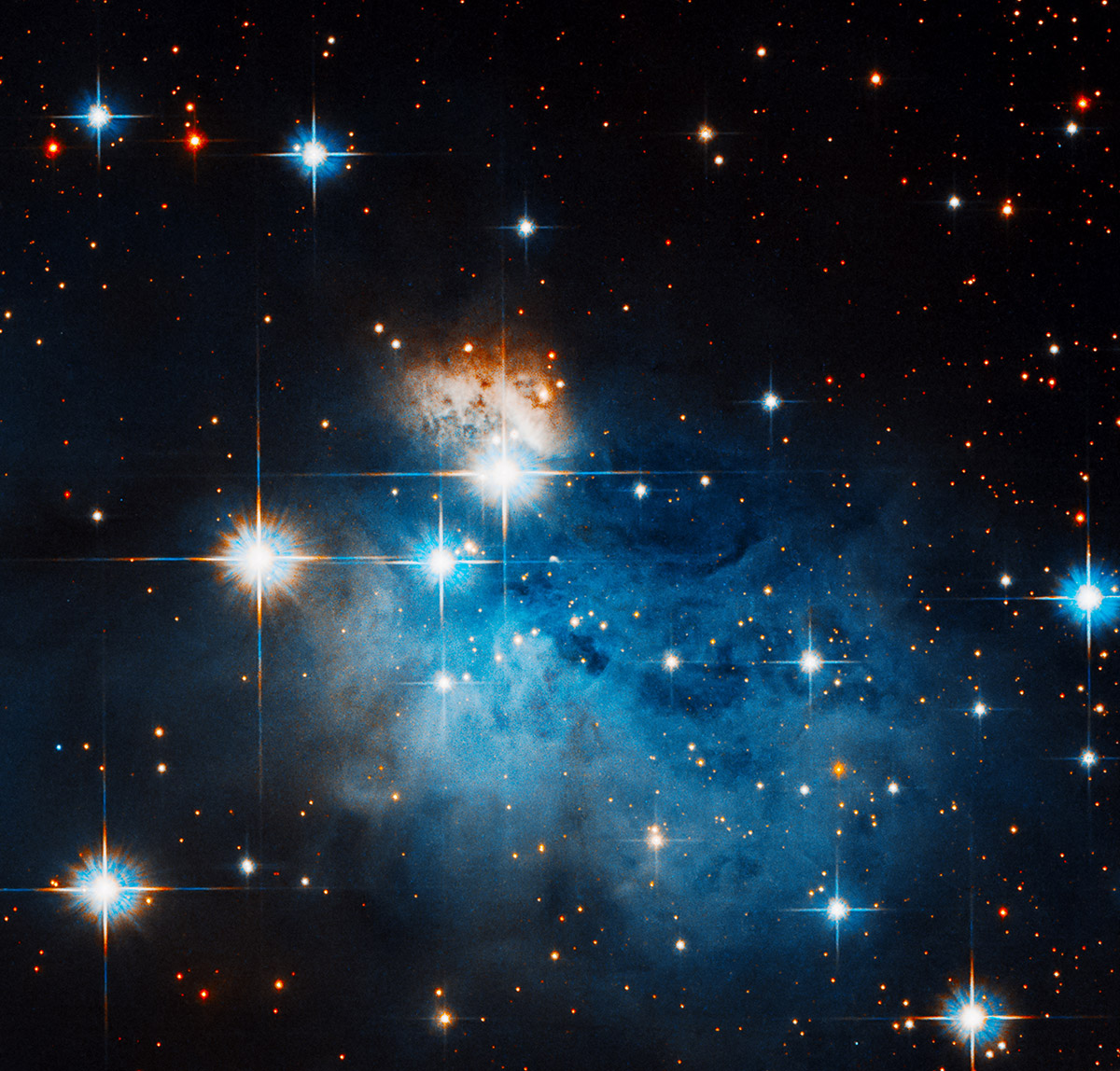 This rather small cloud of glowing gases and bright stars lies at the edge of an extensive dark region of space – the Coal Sack Nebula. In the night sky of the southern hemisphere, this forms a dark spot that is visible to the naked eye below the Southern Cross. The bluish gas cloud here comes from the shell of a star that is about to end as a white dwarf.

The dark spot of the Kohlensack Nebula in the otherwise star-filled night sky was observed thousands of years ago by people in the southern hemisphere. Prominently recognizable, the 100 light-years large and 600 light-years distant cloud of dust obscures the lower left area in the Southern Cross.

For the Incas, this dark nebula was part of the constellation Yutu, in which they saw a representative of the cockroaches native to their region. The Aborigines in Australia saw the head of an emus in the Coal Sack Fog, in an Aboriginal culture it represented the head and shoulders of a heavenly lawman who monitored the observance of the traditional rules. According to legend, if the people deviated from these rules, he threatened to destroy the world with a fiery star.

This image from the Hubble Space Telescope shows a small section of the sky at the edge of the Coal Sack Nebula. In this lies a rather small cloud of glowing hydrogen gas, which is heated up by a dying sun-like star. Similar to our sun in around seven billion years, this star has already used up the hydrogen supply in its core during nuclear fusion and is now beginning to fuse first helium and then carbon atoms.

Towards the end of this development, the core of the dying star becomes hotter and hotter and the star undergoes periodic eruptions in which it ejects parts of its gas envelope. These already ejected gases can be seen here as glowing bluish streaks. In a few thousand years, the star will have lost its entire shell and will transform itself into a white dwarf. The gas envelope then forms a glowing planetary nebula.