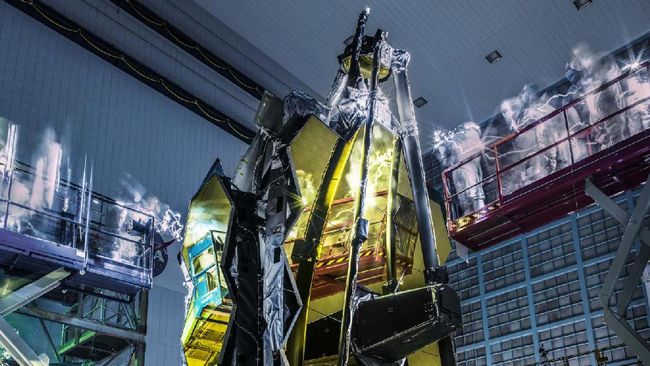 This is the launch date, which has been announced several times after a series of delays. The latest decision was announced on Twitter.

The start-up project of the James Webb giant telescope began in 1989, when the telescope was supposed to start in the early 2000s.

However, the development process was faced with a number of issues, causing the project to be delayed, which did not go according to the original plan.

The James Webb telescope, assembled in the US, was transported to its launch site in French Guiana and is scheduled to launch on December 18.

However, due to some issues, the launch has been postponed. NASA recently announced the launch of the giant telescope for December 24th.

The James Webb Telescope will be the next giant telescope after Hubble. With a point closer to the sun, the Webb telescope is supposed to open up the universe further.

While Hubble focused on the light emitted by stars, nebulae, galaxies, and more, the James Webb Telescope specialized in infrared astronomy to collect and analyze lower-energy electromagnetic radiation.

Not only will this allow the study of cooler objects and materials, such as the atmospheres of distant planets and the clouds of gas and dust that create new star systems, but it will also open a window to the infrared universe.

Among its many mission objectives, the James Webb Space Telescope will also study how early galaxies formed and evolved.

In addition, the telescope will examine the atmospheres of distant exoplanets for chemical signatures of life, observe the birth of new stars, and observe the darkness of galaxies such as supermassive black holes.

James Webb’s name goes back to NASA veteran James E. Webb, who has been an active researcher in the space agency since the 1960s.