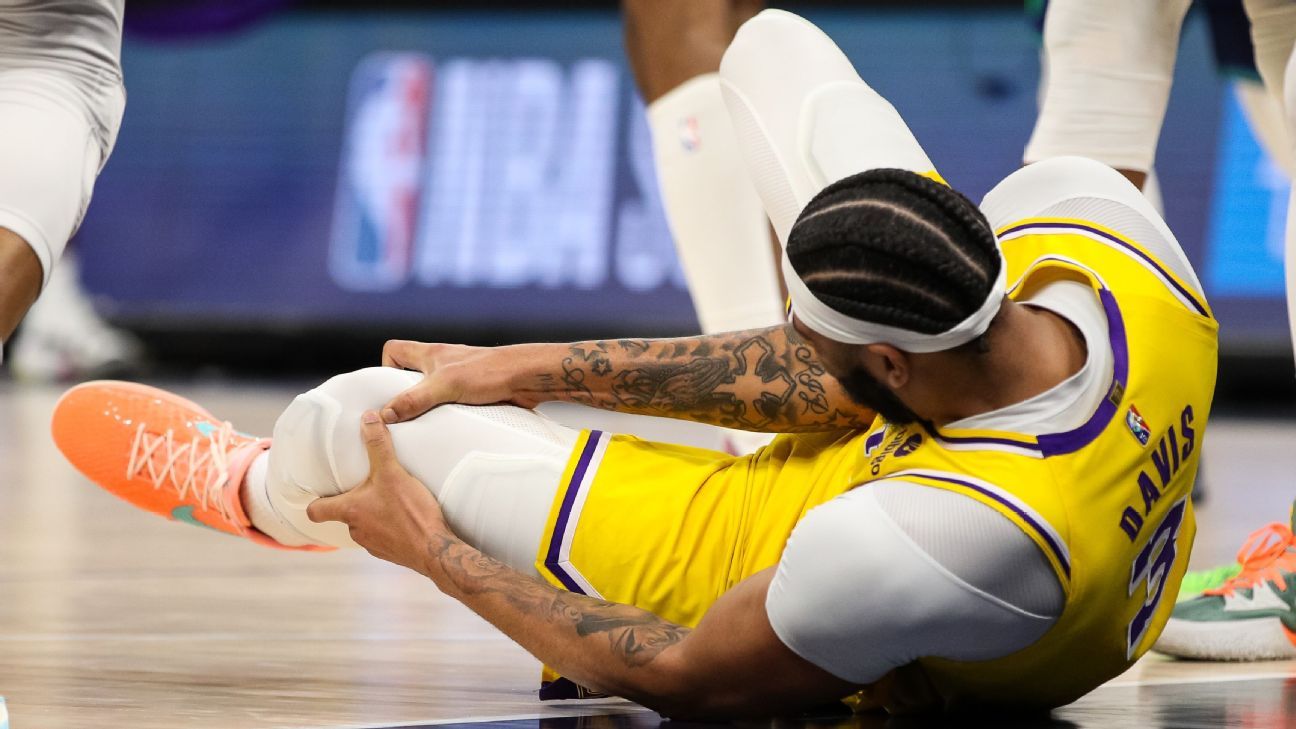 CHICAGO – Anthony Davis said he “heard some pop” when Jaden McDaniels of the Minnesota Timberwolves crashed into his left knee on Friday. When the Los Angeles Lakers star collapsed in the tunnel on her way to the locker room, he said it wasn’t just because of the pain. It was also a mental torment.

“I’ve just got to a point where it was hard to walk,” Davis said on Sunday, speaking to reporters for the first time since he sprained the medial collateral ligament in his left knee. “I had to take a break. … I heard some pop – and the first thing I thought about was [a major injury]. What, I was emotional, I was like everywhere. But as I said, thank God it wasn’t. “

Davis underwent an MRI in Chicago on Saturday that revealed the sprain. According to the team, he will spend the next four weeks rehabilitating his knee before being reassessed.

Despite the setback, Davis said he had a good outlook on things. Last season he missed 36 of the Lakers’ 72 regular season games due to an Achilles tendon injury and a strained calf. He sees this situation differently.

The Lakers, 16-15 after losing to the Chicago Bulls on Sunday and in seventh place in the Western Conference, could of course really use Davis.

However, the eight-time all-star believes that – all things considered – LA is doing fine.

“I feel like we’re a pretty good team when we’re healthy,” said Davis. “We started playing well, getting a rhythm together and then all the COVID things happened and then more injuries. So it’s not where we want to be, but we’re not in a terrible situation.

However, there was a hint of a silver lining when Trevor Ariza made his season debut after undergoing ankle surgery the previous season. He had three points in 15 minutes. And Isaiah Thomas, who just scored 19 points in the team in Minnesota, secured a place in the starting line-up with 13 points.