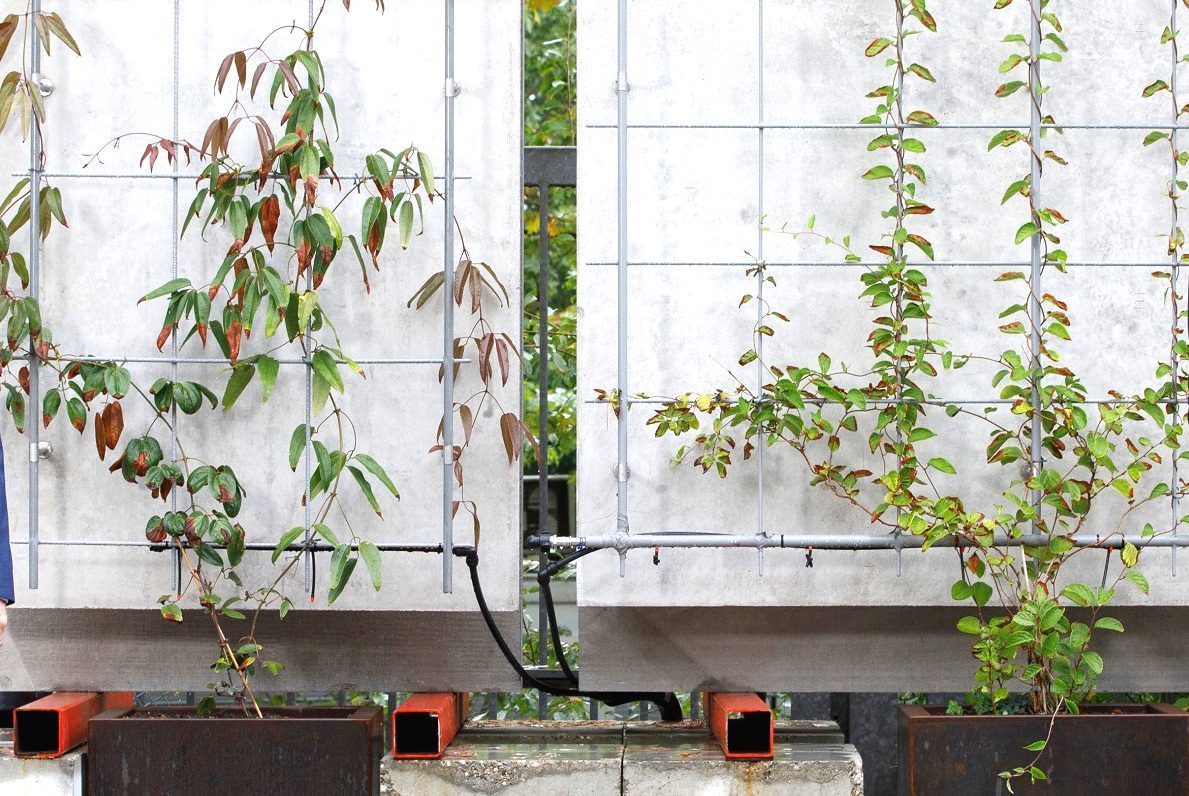 Natural and cool instead of dreary and hot: In order to fundamentally promote the greening of facades with climbing plants in cities, a German research team has developed a clever precast concrete system with built-in climbing aids. This eliminates the problem of subsequent assembly. The developers emphasize that the materials used do not impair the thermal insulation properties of the facade.

Gray concrete deserts in the heat of summer: Many urban areas are characterized by an almost nature-free ambience, a hot microclimate and poor air quality. As studies have shown, these aspects can seriously affect the health and quality of life of city dwellers. The problem is likely to get worse: “A noticeable consequence of global warming is the rise in air temperature in cities, which will also intensify due to increasing urbanization,” says Matthias Pahn from the Technical University of Kaiserslautern. Measures are therefore required to counteract this trend. The focus is on the motto: The cities should become greener. Plants not only provide shade, they also provide evaporative cooling, convert carbon dioxide into oxygen and filter fine dust from the air. In addition, the sight of them has been shown to increase people’s psychological well-being.

Make better use of the vertical space potential!

The goal of Pahn and his colleagues is to remove hurdles in the expansion of vertical urban greenery. Your starting point is construction technology. “Decisive approaches to the promotion of facade greening are component-related concepts for the sustainable design of an urban space. The facade in particular offers enormous potential for urban greening thanks to its vertical open spaces,” says Pahn.

You could just let “self-adhesive” plant species such as ivy and co grow over the facades, you might think. However, not everyone finds the available species attractive, and their detention organs can also cause damage and spread uncontrollably. Climbing plants that rely on climbing aids when climbing therefore offer advantages. In principle, homeowners would also be prepared to have their facades fitted with the appropriate structures. However, there are hurdles in the way of implementation: “Until now, the greening of the building required subsequent assembly work. On the one hand, these are costly. On the other hand, fine cracks can form in the facade when drilling the holes, ”explains team member Fabian Penkert.

So that the climbing green can enrich facades as easily as possible and right from the start, the scientists have developed a basic concept as part of a project funded by the Federal Ministry for Economic Affairs and Energy: a precast concrete system with already integrated climbing aids and options for installing irrigation technology. This eliminates the problem of retrofitting. “Our system solution is ready for use ex works and integrates all the necessary elements – from the climbing aids to pipes and other accessories for irrigation,” says Penkert.

The material used is also an innovation: the connecting elements that are integrated into the multi-layer precast concrete elements and the climbing aids attached to them are made of fiberglass-reinforced plastic. As the scientists explain, this material has a low coefficient of thermal conductivity compared to the stainless steel often used in solid construction. This prevents thermal bridges from forming in the Rank System concrete elements, which would impair the insulation of the building. In addition, fiberglass-reinforced plastic is not susceptible to corrosion – it does not rust.

“With the help of load-bearing tests, we have optimized the system so that it can be used practically anywhere where precast concrete elements can be installed: from single-family houses to office buildings to high-rise buildings,” says Penkert. During the presentation of their system, the team also shows how the concept can be combined with irrigation technology: The water supply for plants in the ground or in planters can be ensured with the help of an integrated box, which, in addition to the required water connection, also has extensive sensors for measuring temperature and Rainfall is equipped. This can be controlled remotely using an app in order to plan watering times and duration as required.

Then only the plants are missing: From wisteria to climbing trumpet, the choice of species is left to the city planners or house owners. Finally, Pahn again emphasizes the positive effect of such a green roof: “The microclimate is improved and at the same time people’s quality of life increases”, says Pahn.

Those: Technical University of Kaiserslautern