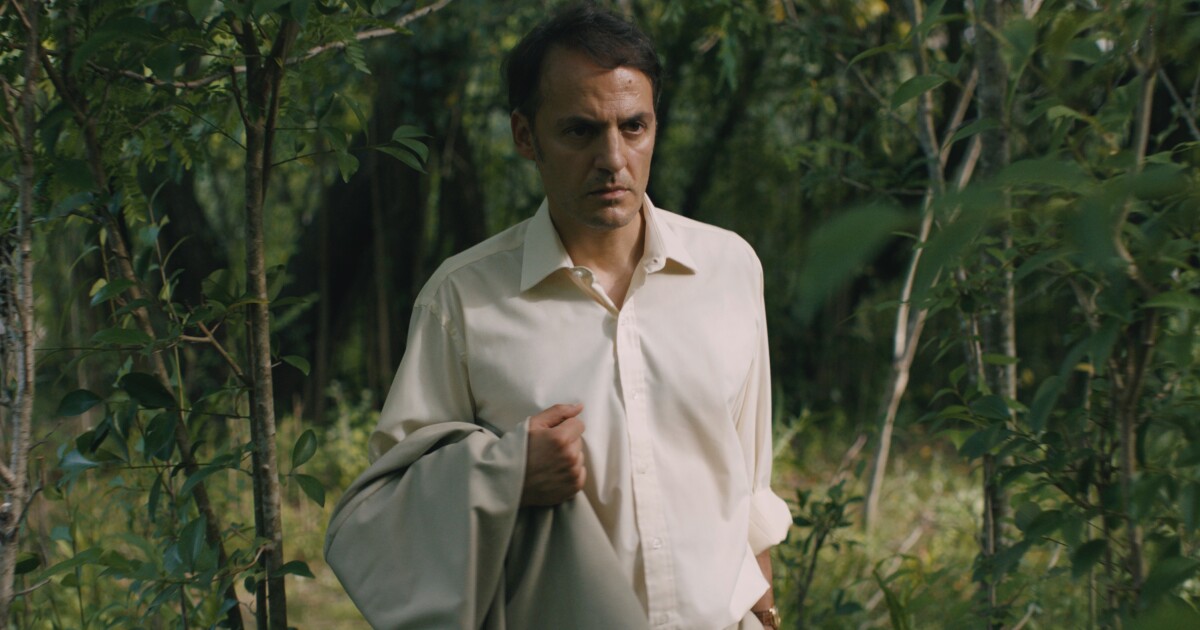 In the clever new financial film “Azor”, a Swiss banker named Yvan de Wiel travels to Argentina on business in 1980, but the “dirty war” of the military dictatorship against their political opponents creeps around him. In an opening scene, De Wiel quietly watches as soldiers arrest two young men on the street. After the camera is cut off and returned, there is only one young man left, his partner joining the ranks of thousands of Argentina miss. “You don’t have to worry,” says the driver of banker De Wiel reassuringly; You are sitting in a vehicle at the Swiss embassy, ​​enveloped in diplomatic and moral immunity.

A soldier waves the car through, and De Wiel – whose own Swiss partner has also inexplicably disappeared – sets out to reassure his nervous, ultra-rich Argentine customers that their money and secrets are safe. But unlike many films about 1% impunity, the Azor elite are house-bound, paranoid, and afraid to tell the truth about the volume of a whisper. Their polite Swiss banker cannot protect them from a gangster government that kidnaps their racehorses and their heirs with leftist tendencies. “They hunt us like rabbits”, says a matriarch to De Wiel when she is certain that she will not be overheard.

While De Wiel visits the living rooms, swimming pools and exclusive clubs of the rich, the violence of the nation remains off-screen, but fear never leaves the frame. Not least because it is unclear where the loyalty of a banker could lie if the military suddenly has an “Eldorado” of confiscated assets that only someone with French cuffs and a Swiss passport can easily liquidate. The film’s title is a bank code word for “Shut up, watch what you say,” and the story favors the horrors of the unsaid.

American viewers will find that “Azor” – the first full-length film by Swiss director Andreas Fontana, which is now streamed on Mubi – is a minimalist departure from US films about high finance that can’t help but explain themselves aloud. In Oliver Stone’s 1987 Wall Street, financier Gordon Gekko summed up the intellectual status of a decade of deregulation, junk bonds, leveraged buyouts and organized labor retreat in his iconic “Greed is Good” speech. Martin Scorsese’s “Wolf of Wall Street” (2013) drinks champagne from the same flute from the Reagan era. “I want you to solve your problems by getting rich,” Leonardo DiCaprio’s Jordan Belfort admonishes a number of ecstatic traders.

In the 2011 “Margin Call,” which marked the start of the 2008 financial crisis, a mid-level trader played by Paul Bettany railed with no apology against John Q. Publics, who were happy with the toxic adjustable rate mortgages on Wall Street when it was bigger houses meant and fatter 401 (k) accounts for the little guy. “They want what we have to offer them, but they also want to play innocently and pretend they have no idea where it’s coming from,” he complains of his convertible. When the antiheroes are in charge, they are allowed to make the speeches.

Newer Hollywood treatments of the financial world have become didactic to the point of agitprop and coincide with a realignment of American politics in which Republicans are becoming trade protectionist and young people are becoming more socialist. To dramatize the planet’s absurdly complex financial crisis of 2008 for his 2015 film “The Big Short”, Adam McKay cast Margot Robbie to sit in a bubble bath, sip champagne and break the fourth wall to explain mortgage-backed securities directly to viewers. Steven Soderbergh’s 2019 film The Laundromat loaned the same device to Antonio Banderas and Gary Oldman, who wore garish tuxedos as they let audiences in on the secrets of global offshore banking. It’s art about capital that desperately hopes you get the message.

«Azor» skips the narrative tricks and sticks to the less macho world of Swiss private banking, where families often run banks that are passed on from generation to generation. “It’s a very specific milieu, pretty powerful and discreet,” says Fontana. Fontana’s grandfather had been a banker, and Fontana was intrigued by a posthumous diary entry about a visit to Argentina in 1980, in which the political situation was never mentioned “on the notebook’s off-screen”. (It mentioned the American election of Ronald Reagan as president.)

Fontana decided that the script – which, he emphasizes, is not biographical – should also “only show what is absolutely necessary and everything else to be presented to the audience”. He endeavored to be sociologically “accurate” for the environment by casting the Argentine characters in the picture with amateur actors from the real elite of the country. “The casting director called me the snake charmer,” says Fontana of the recruiting process. “If I were a journalist, you would certainly not have worked on this project.”

The film’s main character, De Wiel, played by actor Fabrizio Rongione, inherited a bank and large house in Geneva from his father, but De Wiel seems to lack the charm, awareness and cunning of his missing partner Keys shortly after the investigation of a potential client nicknamed “Lázaro”. While the bank is De Wiel’s fortune, it is his wife Inès (played by Stéphanie Cléau) who is the real brains of the company. Their marriage and gender imbalances are the other major conflict beneath the film’s surface.

Inès can read a room better than her husband, can calm people down and therefore has to keep explaining to him what is really going on. She knows which jackets her husband has to wear to make his shoulders look more imposing. “My husband and I are one and the same person – he,” confides Inès to a customer. After being prevented from attending a race track meeting because of her gender, and after her husband meets and loses a client, she resents his ineffectiveness. “Your father was right,” she tells him. “Fear is mediocre.”

Like many financial films, “Azor” is ultimately more of a success story than a hero’s journey. De Wiel leaves the country estates and the hotel swimming pools, where he makes himself comfortable, for a journey into the wilderness, where even his Swiss business colleagues shied away. “The war will be won at the front,” recalls a sinister customer, a junta priest with a penchant for foreign exchange speculation, De Wiel before the trip. The conclusion of the film tells an even darker story about Swiss private finance than most American films about Wall Street.

After Fontana gave an interview with The Times for this story, Fontana reflected on his research process in a follow-up email. “You should know that during my research I met about ten private bankers, one of whom has since committed suicide and the other has disappeared, nobody knows what happened to him,” says Fontana. “It is an environment without oxygen, even without love, I would say.” In Geneva, says Fontana, there is a local saying “that the children of bankers, if they are not bankers themselves, are artists or junkies”. He adds, “It’s a terrible sentence.”