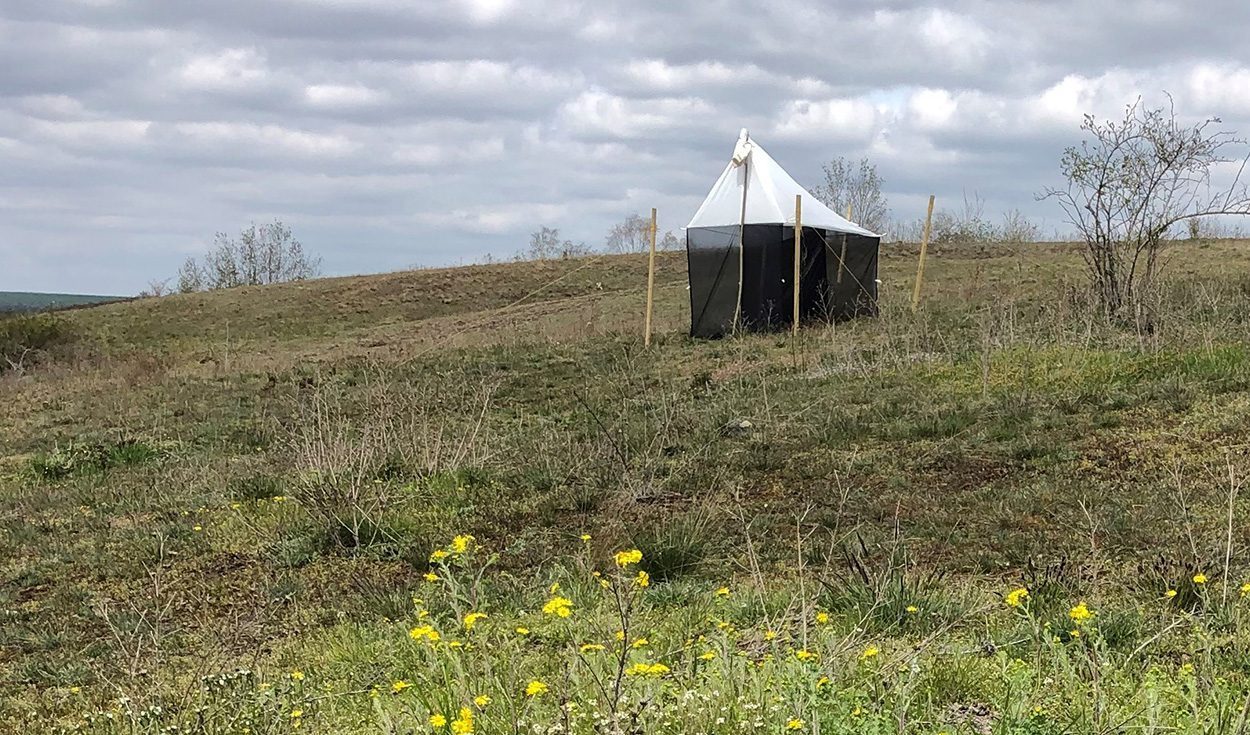 Even in nature reserves, insects are not protected from pesticides, as a study from 21 German protected areas reveals. The researchers found pesticides in all insect samples; on average, the animals carried 16 different pesticides. The insects had picked up these chemicals from the surrounding fields. In order to prevent this in the future, according to the scientists, nature reserves should be surrounded by buffer zones with only ecological agriculture.

Over the past few decades, insect populations have declined sharply around the world. In Germany alone, the biomass of flying insects has decreased by a good 75 percent in 27 years, and other arthropods have also become measurably less, as long-term studies have shown. In addition to the loss of habitats due to intensive land use, pesticides are also suspected as possible causes.

A research team headed by Carsten Brühl from the University of Koblenz-Landau has now investigated to what extent such pesticides are even introduced into nature reserves and pollute insects there. To do this, they had evaluated the insect samples that were caught in so-called Malay traps for a year. The animals fly into a kind of net cage and fall into a container with alcohol. This not only preserves them, it also acts as a solvent for the pesticides. This enabled the scientists to directly analyze the pollution in and on the insects. “With our method, 92 pesticides currently approved in Germany can be analyzed simultaneously in small quantities,” explains Brühl’s colleague Nikita Bakanov.

No sample without pesticides

The result: In none of the 21 nature reserves examined were the insects free from pesticides. Instead, the researchers found an average of 16.7 different chemicals in the animals – the range ranged from seven to 27 jointly detected pesticides. “Our data clearly show that insects in nature reserves are contaminated with a cocktail of pesticides,” says Brühl. This could increase the harmful effect through interactions of the agents with one another and mutually reinforcing biological effects. Scientists have long suspected that this cumulative effect of the pesticides could be decisive for the decline in insects.

Of the 47 pesticides detected, 13 were herbicides, 28 were fungicides used against fungal attack and six were insecticides. The scientists even detected the neonicotinoid thiacloprid, which has been banned outdoors since August 2020, in insects from 16 of the 21 nature reserves. “The frequent occurrence of thiacloprid in our samples probably reflects that the farmers took the last chance to inject their stocks of this agent,” explain Brühl and his colleagues. In order to enable farmers to do just this, they were given a transition period until February 2021 to “taper off” the agent. But it is precisely this that led to the application of a particularly large amount of the harmful thiacloprid. “It therefore seems advisable not to allow such transition periods and to destroy the stocks rather than to release them despite the proven damaging effect,” the researchers state.

But where do the pesticides come from in the middle of the nature reserves? In Germany, the use of sprays is prohibited within such protected areas. The research team has therefore combined its data with an ecological spatial analysis. “We wanted to find out where the insects ingest the pesticides,” explains co-author Lisa Eichler from the Leibniz Institute for Ecological Spatial Development in Dresden. This showed that the source of the contamination is not the protected areas themselves, but the surrounding fields. “The flight paths of insects vary from less than a hundred meters to several kilometers,” explain the researchers. According to their data, the flight radius of the insects examined was on average two kilometers – and thus extend far into the conventionally farmed landscape.

According to Brühl and his colleagues, this demonstrates that improvements to the nature reserve areas urgently need to be made. Because so far most nature reserves in Germany have been rather small and have no buffer zone to sprayed fields – such fields often border directly on the protected areas. Based on their results, the scientists are calling for two-kilometer-wide buffer zones to be designated around the protected areas in order to better protect insects. “Strictly protected habitats under EU law would then also be protected from the effects of pesticides in reality,” says Brühl.