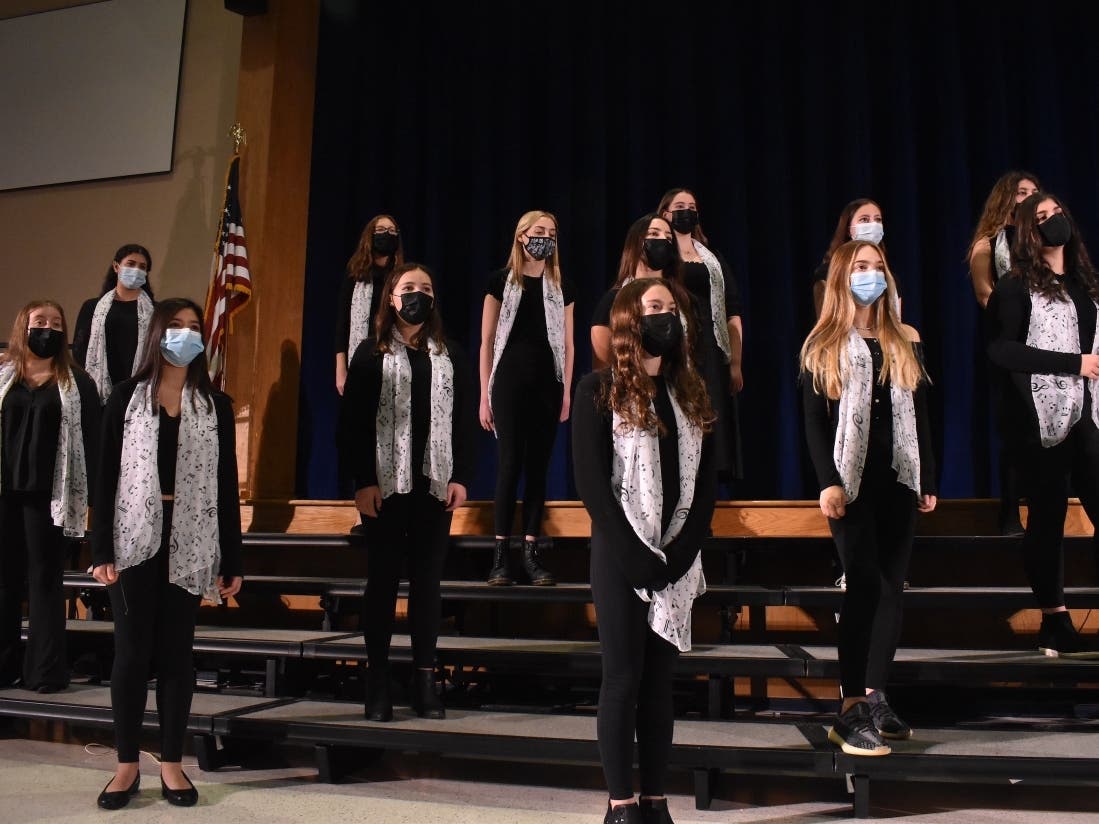 The concert opened with a traditional German Christmas song “Kling Glöckchen, Kling”. The singers, conducted by Ilena Dempsey, also performed a Hanukkah song “Hanerot Halalu” and “Do You Hear What I Hear?”

Next came the orchestra under the baton of Marjorie Spagnuolo. The strings wowed the audience with “Sleigh Ride” and “A Mad Russian’s Christmas”. Mozart’s “Gloria In Excelsis” was the first number for the a cappella choir conducted by Nichole Greene. They also sing “Bidi Bom”, “Away” and “Be a Light”.