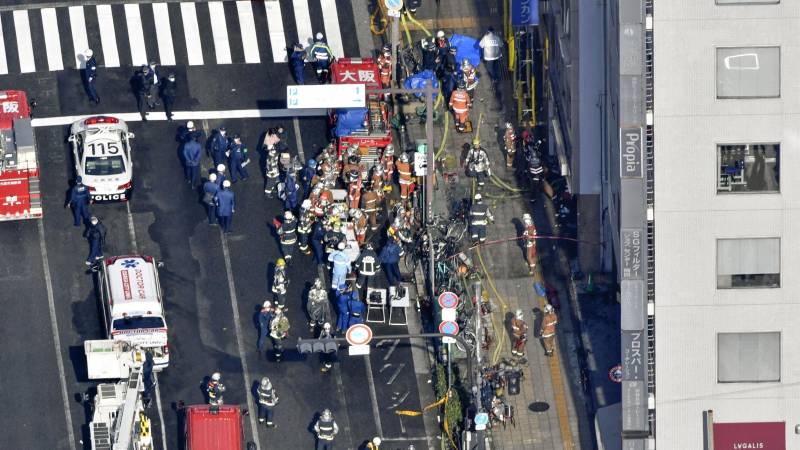 In a fire in the Japanese city of Osaka, 27 people are said to have died. The fire raged in an eight-story building in the center of the metropolis.

The fire broke out on the fourth floor, which is a mental hospital. The fire was intense but brief: the fire brigade extinguished the fire within half an hour.

According to the fire department, 27 victims were found who showed no sign of life. It is assumed that they have passed away.

Take a look at pictures from Osaka here: