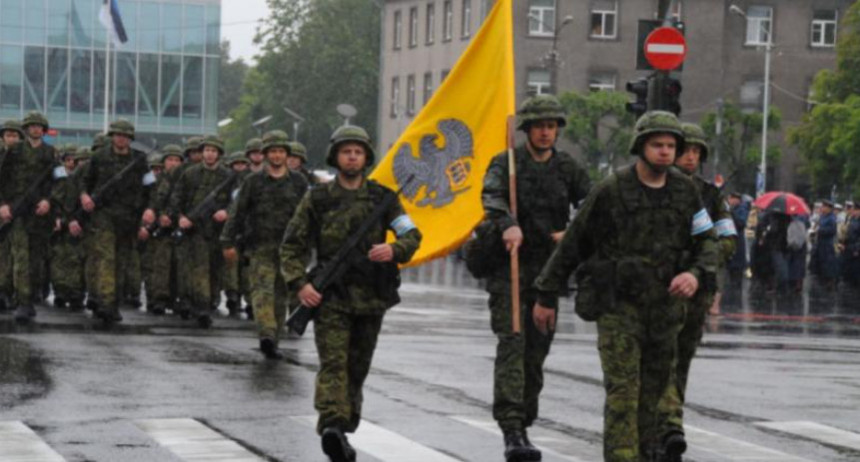 In the Baltic States, Estonians have expressed the greatest desire to defend their country if necessary, with Latvia in second place and Lithuania in third, a study by an international team of researchers led by Riga Stradins University (RSU).

Even if the Baltic States and other NATO countries continue to invest heavily in defense, according to the RSU, the willingness of the population to stand up for their country in critical situations can also play an important role in influencing the decisions of governments or military forces.

The will of the population to protect the country is influenced by a number of factors, including patriotism, trust in state institutions, the economic situation, historical experiences, as well as religious and ideological beliefs of the population and others. With the “arming” in the information space, control over people’s heads is gaining momentum, so it is particularly important to find out what encourages and slows this desire, the research direction at the university was described.

In Estonia, this issue has been extensively studied and it has been concluded that its indicators are characterized by the effective integration of the military and civil sectors, including effective conscription and reserve systems, as well as communication with the population. The influence of the Nordic countries, especially Finland, is also positive. At the same time, the Russian-speaking public has less will to defend Estonia.

The attitude of the population in Latvia can be assessed as average – the will to defend the country is neither high nor low in the regional and global context. The dampening factors include the low level of trust in government institutions and politicians as well as the disappointment with the current pace of development in the country.

According to the researchers, Russia is also important – its aggression in Ukraine on the one hand aroused a feeling of danger, but on the other hand also – part of the Russian-speaking audience feels supported for the opinion of the neighboring country.

Meanwhile, Lithuania’s underperformance is largely influenced by scope for progress on issues of patriotism, pride in its country, and military experience and civil society activities. Conscription, which was renewed in 2015, has not yet brought all the expected results in this regard.

Six scientists under the direction of RSU Assistant Professor and Senior Scientist Māris Andžāns, who specialize in security and defense policy, were involved in the creation of the publication. Lecturer Jaojuens Je, who analyzes the theoretical aspects of the will to protect, is also involved in the publication, while RSU doctoral student Mārtiņš Vargulis analyzes the approach of NATO. Ivo Jūrve, researcher at the Estonian Military Academy, brings the Estonian perspective to the study, Ieva Gajauskaite, assistant professor at General Jonas Zemaitis Military Academy, offers a Lithuanian perspective, and Aleksandra Palkova, master’s student at RSU International Relations and Diplomacy, analyzes the situation in Latvia.

Research on this topic will continue for the next three years as the researchers have just received a grant from the Latvian-Lithuanian-Taiwanese Fund in Support of Scientific Cooperation for the project “Factors and Actors Affecting the State: The Case of Latvia, Lithuania and Taiwan’s “preserved”. Research takes place synchronously at RSU, Vilnius University in Lithuania and Academia Sinica Institute of Political Science in Taiwan. It is planned to conduct sociological research, interviews and public discussions during these years, but the results of the research will be published in scientific journals.