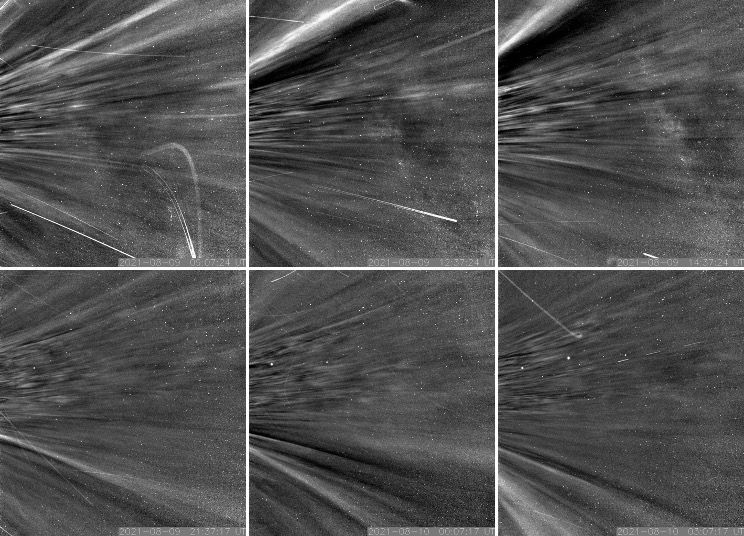 For the first time in history, humans touched the sun through a probe. NASA’s Parker Solar Probe flew through the outer atmosphere of our star, known as the corona. The footage from several days shows the environment in which the spacecraft was flying at that time. “It measured the particle flow and the magnetic fields,” reports NASA.

“We see evidence of corona abundance in magnetic field data, solar wind data, and visual images. We can actually see the probe fly through the coronal structures that can be seen during a total solar eclipse, ”said Nour Raouafi, a Parker scientist.

In fact, in April, the spacecraft flew through the corona during the eighth of the planned 24 orbits around the sun. It took several months for the data to reach the scientists, and several more had to be verified. The probe has already completed the ninth and tenth flights.

NASA manager Thomas Zurbuchen spoke of a “monumental moment” and a “remarkable success”. The data will help scientists explain why the corona temperature, which reaches millions of degrees Celsius, is several orders of magnitude higher than the temperature around 5,500 degrees on the star’s surface.

The probe launched for the Sun in August 2018 from Cape Canaveral, Florida. The project’s $ 1.5 billion (34 billion crown) project aims to uncover new knowledge about our star, which can better predict solar storms that could threaten terrestrial networks, such as navigation. The information obtained could also refine future weather forecasts.