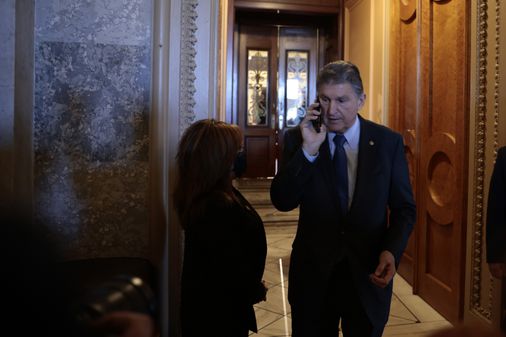 God knows there is a lot to be angry about in this country right now. But the tax credit termination is especially cruel, myopic, and self-destructive.

Since it began in July, the American Rescue Plan’s approved child tax breaks have gone to the families of approximately 60 million children, including approximately 1 million in Massachusetts. Depending on their income, these families have received up to $ 300 per child per month.

And it turns out that if you give some money to troubled parents, it can fix a lot quickly and easily. The payments have reduced the rates of poverty and hunger and have enabled healthier and safer lives for millions of children. Without the cash boost, around 160,000 children could be pushed back below the poverty line in Massachusetts alone, said Allison Bovell-Ammon, director of policy at Children’s Healthwatch at Boston Medical Center, who analyzed the payments.

“It was an incredible tool to fight poverty and hunger,” said Erin McAleer, President of Project Bread. “Giving people money to buy food is so much more efficient than distributing food yourself.”

Most of us can agree that this is a good thing – that it is undeniably right to lift children out of poverty. But hey, maybe the moral argument doesn’t bother you. You may think, like Manchin and many Republicans, of the child tax breaks as handouts to the unworthy – who should instead defy gravity to pull themselves up.

Well, you’ll be happy to know that there is a great business case for tax credits. Those who got it aren’t the only ones benefiting from it. According to an estimate by Congress, the payments were made an estimated $ 19.3 billion back to the local economy every month.

“We think of diet-related diseases like cardiovascular disease and diabetes and their toll,” said Bovell-Ammon. “But food insecurity and poverty affect so many aspects of a person’s ability to be healthy and perform well in school. ”

It’s trickle-up economy. So it seems easy to extend the program for another year (costing $ 185 billion), as proposed in the currently stalled law in the Senate. It also makes sense to permanently extend it, although that’s not currently on the table.

But Manchin, a Democrat, doesn’t seem to have it. Like the Republicans, from whom he is often indistinguishable, the senator suddenly worries about the widening of the deficit – a fear that never seems to be an issue when it comes to blowing huge holes in the state budget with defense spending that the Pentagon did not ask for. or with tax cuts for the chic people. Or with subsidies for fossil fuels, for which Manchin has been on the mat.

It’s not that believable Analysis of the Build Back Better Act states that it is paid in full and that the Democrats have promised that any programs beyond the timeframe of the bill will be covered in a similar fashion. The tens of millions of families who receive the tax credit are running out of juice compared to the rich and influential people who so many Americans idolize.

It is apparently good thing billionaires have enough money to send rockets into the sky for 10 minutes avoid paying their portion of the fare in taxeseven if she and her mogul colleagues rake in millions in tax-financed research subsidies and pandemic aid. As long as there is no danger, undeserved families benefit from feeding hungry children.