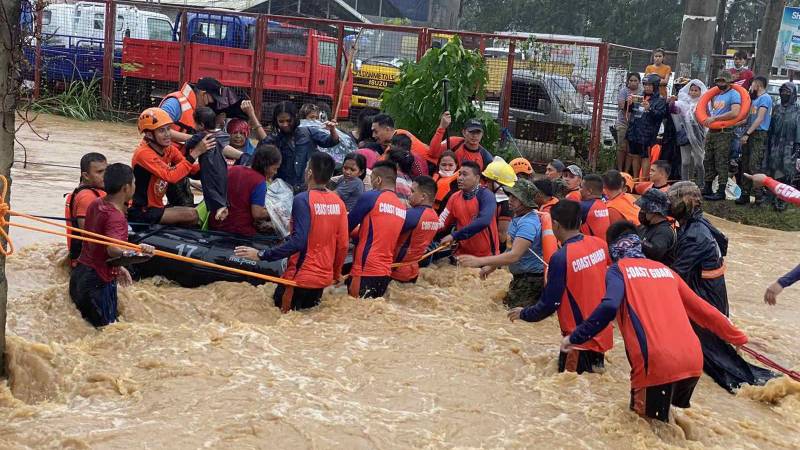 More than 98,000 people were evacuated in the Philippines after Typhoon Rai. Around 10,000 villages in the republic in Southeast Asia are on the route that the typhoon is expected to cover in the coming days.

The typhoon reached Siargao, an island in the east of the Philippines. Soldiers and the coast guard helped residents trapped in rising water. According to the national crisis team, neither casualties nor major damage have been reported so far.