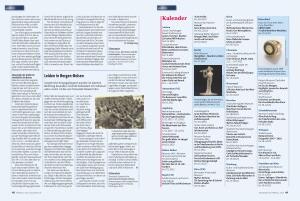 Soviet prisoners of war were particularly badly treated during World War II. One of the fate of many is that of Tamurbek Davletschin. Hitler had declared the Soviet Union to be “Germany’s mortal enemy” against whom a war of extermination was to be waged. For the Soviet prisoners of war, this meant that the Germans did not treat them according to the principles of the Geneva Convention. Instead they brought […]

The article Leiden in Bergen-Belsen first appeared on Wissenschaft.de.