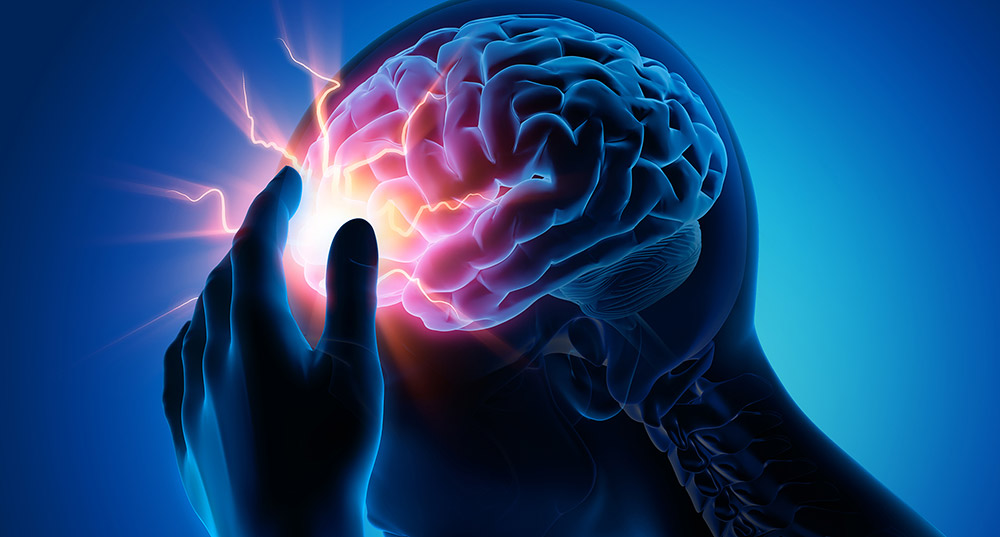 Prenatal decision-making: One of the largest twin studies in the world has provided insights into the causes of migraines. It reveals subtle differences in genetic makeup between men and women, but also a possible influence of prenatal hormones. Surprisingly, an excess of testosterone seems to have the opposite effect as expected. Still, this could provide clues as to why women experience migraines so much more often.

Migraines are one of the most common ailments worldwide – around twelve percent of people suffer from recurring headache attacks. The causes of the migraines, however, have hardly been clarified. Family clusters and twin studies suggest that the condition is at least partly genetic, and some trigger genes have already been identified. But the findings so far do not explain why women are affected almost twice as often as men.

Searching for clues in the womb and in the genes

So Morgan Fitzgerald of the University of California at San Diego and her colleagues searched one of the largest twin registries in the world for answers. The Swedish database contains the health and genetic data of more than 51,000 identical and dizygotic twins. “This enabled us to do the most extensive study of possible qualitative genetic differences in migraines that has ever been carried out,” said the researchers.

Specifically, the team examined on the one hand whether there are quantitative or qualitative differences between the sexes in the genetic predisposition to migraines – for example, whether some trigger genes only occur in women or only in men.

On the other hand, the twins also provided information about the role that the hormonal environment in the womb plays in the later tendency to migraines. This can be determined, for example, by comparing mixed twin pairs of boy and girl with same-sex twins. Because in mixed couples, the sex hormones of one child can also affect the other.

The result: From a purely genetic point of view, there were initially no differences between women and men. According to the data, the share of heredity in the risk of migraine is around 45 percent, regardless of gender. “We found neither quantitative nor qualitative genetic differences between men and women,” report Fitzgerald and her colleagues.

That changed, however, when the team looked at additive and non-additive genetic factors separately. Individual risk genes that are dominant and can in themselves cause a migraine are considered non-additive factors. Additive factors, on the other hand, are genes whose effects only contribute to the risk of migraines in total – and the scientists found what they were looking for in this group: They found significant differences between the sexes.

“This suggests that there are slight gender differences in the inheritance of migraine risk,” says Fitzgerald. “Our study is the first to prove such differences for the genetic migraine risk”. However, it is still unclear exactly what genetic factors are behind this.

The analyzes uncovered another surprising factor: “In women with a twin brother, migraines occurred more frequently than in women with a female twin,” the researchers report. “This effect was exactly the opposite of our expectations.” According to current hypotheses, the higher estrogen level in women is said to play a role in their higher risk of migraines.

The reason: When a girl shares her womb with a brother, her testosterone production helps to “masculinize” the hormonal environment a little. Because a higher testosterone level is more a protective factor against migraines, the presence of a male co-twin should therefore also reduce the risk of migraines for the girl. But the opposite was the case: the presence of the brother actually increased the risk.

“These results are in direct contradiction to our hypothesis,” write the scientists. However, according to them, there are some physiological processes that could explain this. For example, maternal testosterone in female unborn babies is converted into estrogen by an enzyme. Theoretically, this could also apply to the twin brother’s testosterone. It is also conceivable that the prenatal testosterone influence makes the female system more sensitive to estrogen.

Another explanation could be provided by epigenetics – the pattern of methyl attachments on the genetic material DNA, which influence gene activity. “There is evidence that prenatal male sex hormones in women with a male co-twin cause permanent changes in DNA methylation,” the researchers explain. Some of these testosterone-related changes affect the nervous system as well.

Taken together, these results provide at least initial indications that the genes and the environment in the womb already contribute to the fact that women are more frequently affected by migraines. The comparisons also corroborate the suspicion that sex hormones do not only play a role in the disease after puberty. Instead, the prenatal hormonal environment seems to play a major role in the risk of migraines – even for non-twins.

This now provides new starting points for further research. “The better we understand the factors that contribute to migraines and their gender differences, the sooner we can improve diagnosis and therapy for those affected,” says Fitzgerald’s colleague Matthew Panizzon. (Frontiers in Pain Research, 2021; doi: 10.3389 / fpain.2021.766718)