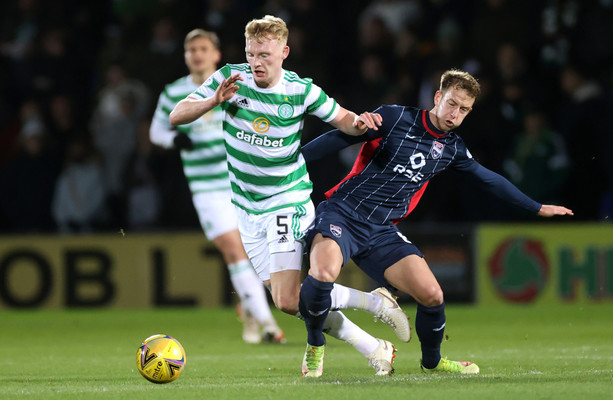 ANTHONY RALSTON’s DRAMATIC injury-time winner for Celtic versus Ross County kept the exhausted hoops four points behind Rangers at the top of the Cinch Premiership.

Ange Postecoglou was missing six strikers, but makeshift striker Liel Abada put the robust guests in the lead in the 21st minute with a close-range debut.

County defender Jack Baldwin leveled after a corner on 57 minutes and Hoops defender Carl Starfelt was sent off by referee Alan Muir in the 80th minute for two yellow cards.

It looked like the game would end in a draw, but in the last minute of six stoppage minutes, Ralston headed in from a few yards to make it 2-1, causing some of the traveling fans to flock to the field.

It remains to be seen how many, if any, of Celtic’s injured players will be available for the Premier Sports Cup final against Hibernian at Hampden Park on Sunday, but Postecoglou can draw confidence from what he gets from the rest of his squad. while he’s runner-up – Bottom County will be unlucky not to keep the point.

Celtic’s well-documented injury concerns resulted in a patched team sent in by Postecoglou.

Strikers Kyogo Furuhashi, Albian Ajeti, Giorgos Giakoumakis and Jota missed out on their 1-0 weekend win over Motherwell, which also saw winger James Forrest injured. His replacement Mikey Johnston was also substituted and none was in the squad tonight.

Elsewhere, Alfredo Morelos scored one goal and set up another when the Rangers comfortably beat St Johnstone 2-0.

Get closer to the important stories with exclusive analysis, insights, and debates within The42 Membership.

Morelos nodded home two minutes from a one-sided first half and crossed to Ryan Kent shortly after the break to double the lead.

With reporting by Gavin Cooney